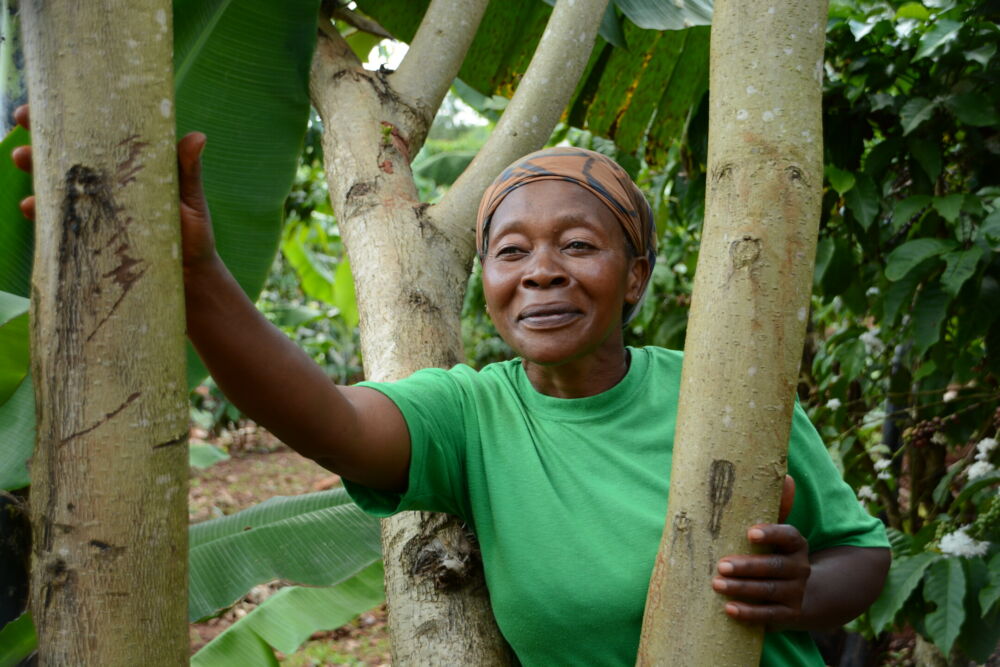 The corona virus disease (COVID 19) has led to a setback for gender equality, women’s rights and livelihoods and it has increased hunger and violence against women in the world.

Now Vi Agroforestry and We Effect joins the global Sixteen Days of Activism campaign to put an end to violence against women.

The global campaign is yearly and runs from 25th November until 10th December and is a critical opportunity for us to show our commitment to ending gender-based violence (GBV) and particularly violence against women as a pervasive, global problem that violate women’s human rights and must stop.

COVID 19 has reminded us of that gender-based violence is driven by patriarchal gendered norms and entrenched structural inequalities that exclude and marginalize women and minority communities and place them at greater risk of violence.

According to the UN Report on the State of Food Security and Nutrition in the world, nearly one in three people in the world (2.37 billion) did not have access to adequate food in 2020 – an increase of almost 320 million people in just one year. Three billion men, women and children cannot afford enough healthy food to eat. Gender inequality is a root cause of the denial of the right to food for so many women and girls. Harmful gendered social norms and inequalities means women are more likely to be denied the right to food: eat last, eat less and eat least. 10 percent more women than men are food insecure in 2020, compared with 6 percent in 2019.

Statistics show that on average one in three women experience physical or sexual abuse in her lifetime. Our organizational position paper on gender-based violence for We Effect and Vi Agroforestry define it as: Any act that is perpetrated against a person’s will and is based on gender norms and unequal power relationships. It includes physical, emotional/psychological, and sexual violence, violence based on Sexual Orientation, Gender Identity or Expression (SOGIE), as well as denial of resources or access to services. Violence includes threats of violence and coercion. GBV includes structural and institutional violence. GBV inflicts harm on women, girls, men, boys, transgender, intersex and non-binary individuals and is a severe violation of several human rights.

This definition highlights how extensive and serious the problem of gender-based violence is at a global level. The denial of the right to food is, in itself, a form of GBV. Harmful social gendered norms at household level means that women often eat least, eat last and eat least nutritious food. Gendered norms about ownership of land, assets and resources mean that women are denied socio-economic and civil and political rights, which is a form of structural violence.

Food insecurity can exacerbate the severity or impact of GBV.

The experience of GBV can also heighten food insecurity by undermining the physical and psychosocial well-being of survivors. Injuries or illness can affect a survivor’s capacity to work, limiting their ability to produce or secure food for themselves and their families. Stigma and exclusion may further reduce survivors’ access to food distributions, food- and agriculture related technical trainings, and other forms of support.

As the COVID-19 pandemic unfolds its posing new challenges to rural women with regards to their roles in ensuring food security in the households, as agricultural producers, women farmers, informal sector workers and entrepreneurs. Global studies show that rural women are disproportionally affected by health and economic crises including, but not limited to food security and nutrition, time poverty, access to health facilities, social services and economic opportunities, and gender-based violence.

According to the UN Report on the State of Food Security and Nutrition in the world, nearly 660 million people will still be food insecure in 2030. Of these 660 million, some 30 million may be linked to the pandemic’s lasting effects. This will of course also particularly impact women and likely increase violence against women.

Women are agents of change and key players in global food system. We need to transform harmful gender norms that perpetuate gender-based violence to ensure that women can fully affirm their rights, including right to food and ensure recognition for their significant contribution to the agriculture sector and the production of food.

It is time to speak up in solidarity with all women everywhere for ending gender-based violence.

It is also time for the development sector to work on ensuring safe spaces for women, so they can share their experience of violence and how this intersects with their multiple identities. We must ensure seat for women, support women organisations, listen and plan for actions from survivor lead approach during #16DaysofActivism and beyond. This is a long-term commitment, and we strongly condemn any form of gender-based violence.

Sustainable Agriculture key in the fight for the climate
Op-ed