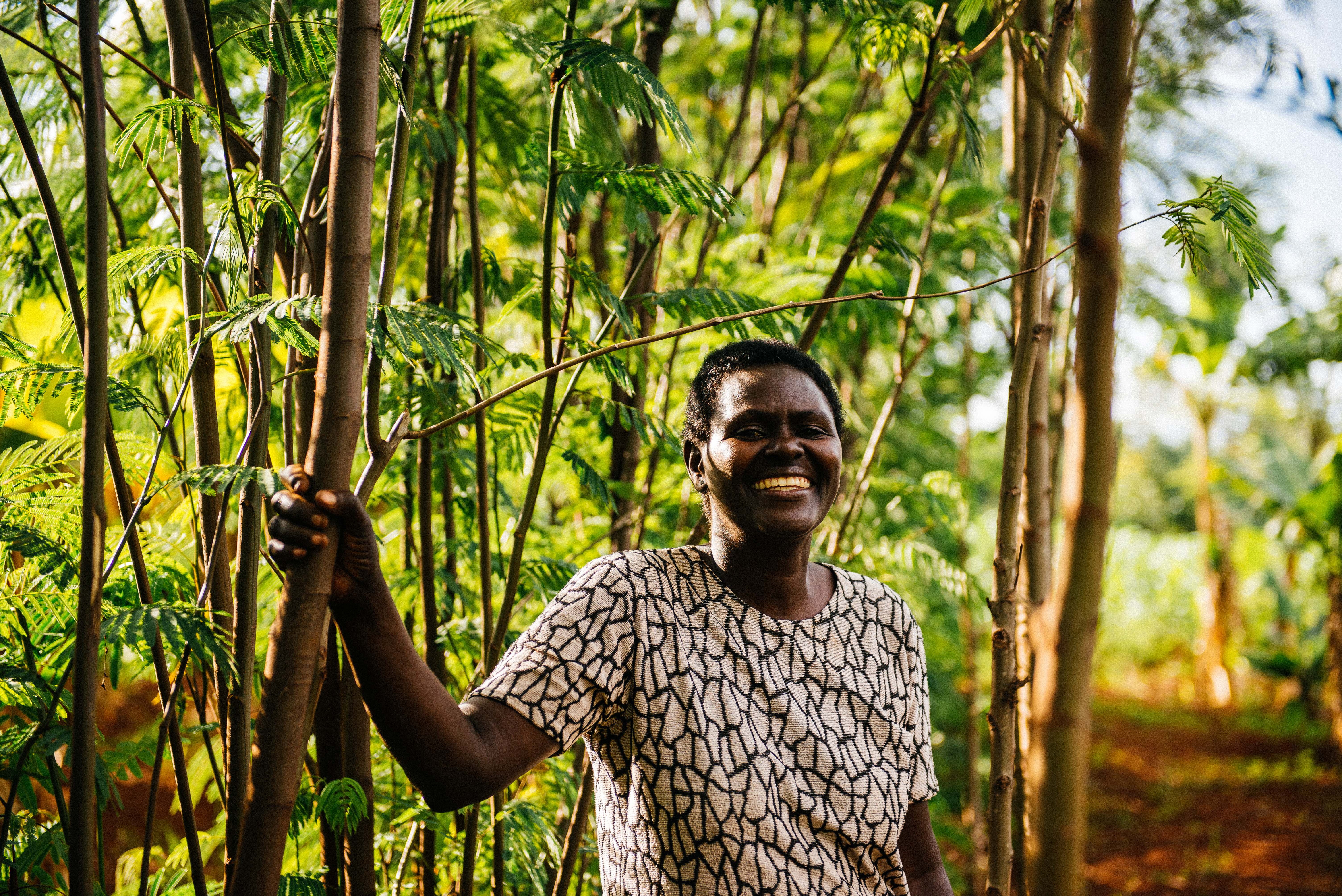 Climate compensate with the Vi Agroforestry and get double the effect

Vi Agroforestry climate compensation projects place equal value on social, economic and environmental impacts. For example, the project secures food to around 30,000 farmers in western Kenya, while combating climate change, land degradation and poverty. “We’re the first generation to know about climate change and the last one to do something about it.” Barack Obama

Vi Agroforestry climate offsetting focuses on: poverty reduction, environmental improvement through agroforestry, improved farming practices and support to farm enterprise development. Agroforestry enhances carbon sequestration and thereby it contributes to the mitigation of climate change. Since the climate-adapted agricultural techniques advocated by the Vi Agroforestry increase the sequestration of carbon in the trees and in the soil, it will help to reduce the amount of greenhouse gases in the atmosphere.

Why do we need climate compensation?

The world is facing the threefold challenge of keeping us under 1.5 degrees of temperature rise, while people are adapting to the effects of climate change and we are preparing to support 9.8 billion people by 2050. The increased temperature results in increasingly extreme weather such as drought and flooding. Already today, this causes major concerns for people and animals around the world. The worst is affecting people in poor countries who are unable to resist the climate change that warming brings. The world’s rich countries have historically accounted for the majority of these emissions and thus have the greatest responsibility to reduce them. Addressing food supply together with combating climate change and land degradation is an intertwined global challenge where Vi Agroforestry makes a major contribution to change. With a joint effort to reduce emissions and climate compensation that stores carbon dioxide in trees and soil, we can reverse the negative trend.

Double effect for the farmers

Climate compensation is good because it is a way of working with the emissions that you have not yet managed to access / remedy / reduce. The Vi Agroforestry climate compensation can compensate for these emissions, but the most important thing is, of course, that you reduce your own climate impact. Awareness of the amount of greenhouse gases emitted means that the right measures can be taken to reduce the impact on the environment. For example, studies show that companies that compensate for climate change reduce their carbon dioxide emissions three times faster than companies that do not compensate for climate change.

Climate compensation through the Vi forest contributes to the global goals being met by 2030.

“It is important not to see climate compensation as a solution to continued uncontrolled emissions – but as a method of doing something about the climate impact that is currently difficult to avoid. “

We have two projects that climate compensate

With a joint effort to reduce emissions and climate compensation that stores carbon dioxide in trees and soil, we can reverse the negative trend. If you are interested in buying carbon offset, please contact our colleagues at Donor Service on givarservice@viskogen.se