Home / Stories / “Nowadays, my husband sounds different when he refers to me as his wife.” 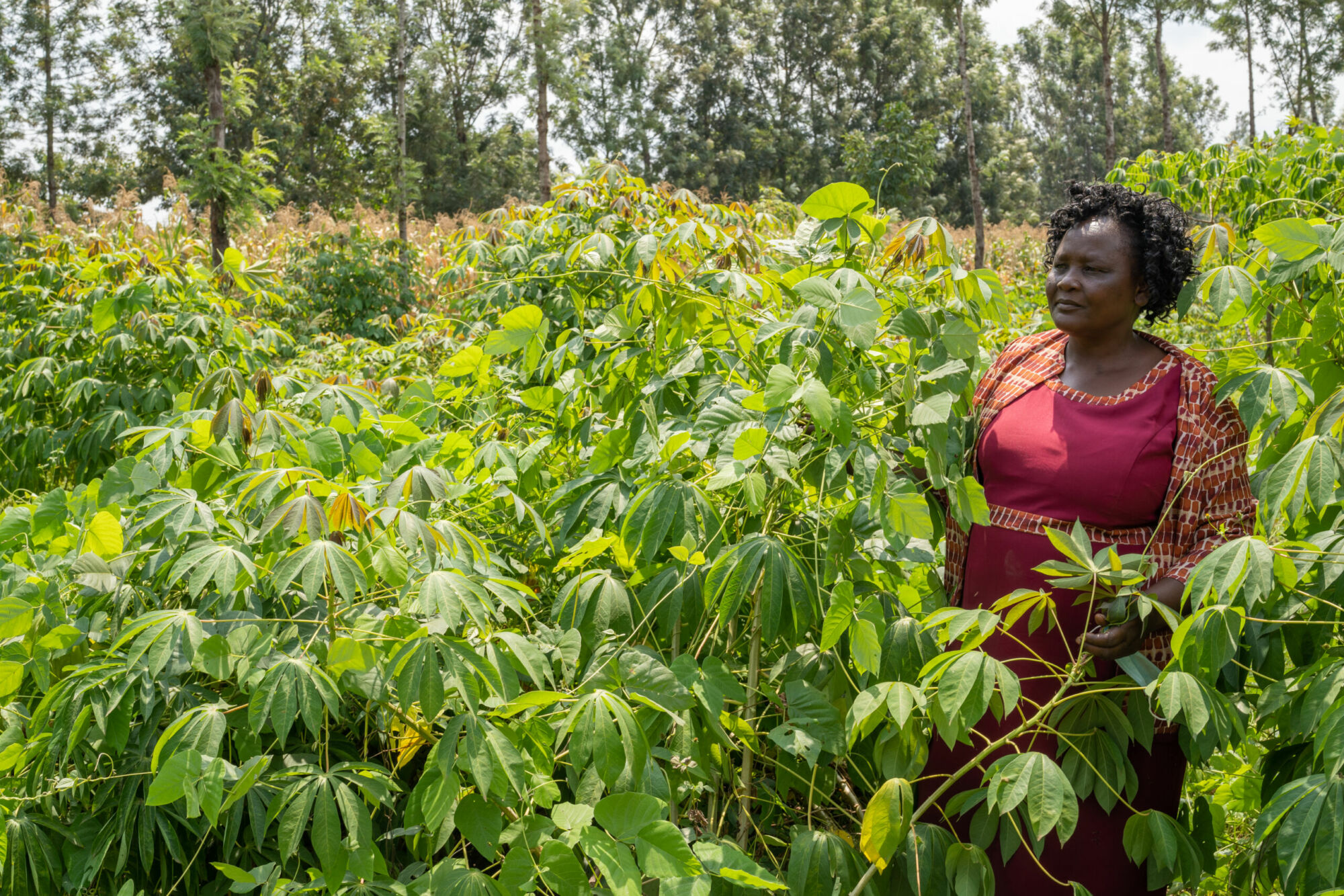 “Nowadays, my husband sounds different when he refers to me as his wife.”

Mother of six Beatrice Wamalwa has been a homemaker since 1981. Her husband, a now-retired teacher, used to be the main provider. They used to grow maize, and harvested about five burlap sacks for the one acre of land that they were tilling. This remained the same even when they added fertiliser, which Beatrice believes was due to the presence of striker weeds on her land.

Things started happening in 2010 when the Tembelela Women’s Group was created, and different experts came along to educate members in sustainable farming methods. In 2011, Vi Agroforestry began teaching local people how to compost, remove weeds, and how to combine crops to maximise growth. In 2012, Beatrice was able to harvest nine sacks of maize per acre. And in 2018 she was up to an impressive 60 sacks. What’s more, Beatrice has since started adding different crops.

This has been invaluable in contributing to the school fees for her children; now she pays for their high school education, and her husband pays for their college education. She has food on the table and money in her pocket.

“Nowadays, my husband sounds different when he refers to me as his wife. I’m the one looking after him,” says Beatrice proudly.

Today Beatrice also has dairy cows and chickens, and has taught her daughters to rear chicken. With the revenue from selling milk and chickens, she has bought land and built a shop. The family has been able to move from a grass house to a stone house, and install solar panels and electricity.  Beatrice herself says she has gone from being “a housewife to a businesswoman”.

The members of the Tembelela Women’s Group have learnt to save together, as opposed to just doing a regular merry-go-round, which doesn’t generate money. They now have a welfare fund, and use the savings to buy seeds and fertiliser.

Beatrice feels that her community has changed. People come together for trainings, to share seeds and help the environment. They know that the work they do now will help coming generations.

“Food is the most important. You can’t even study properly in school if there’s no food at home,” remarks Beatrice.

Listen to Beatrice in this video: