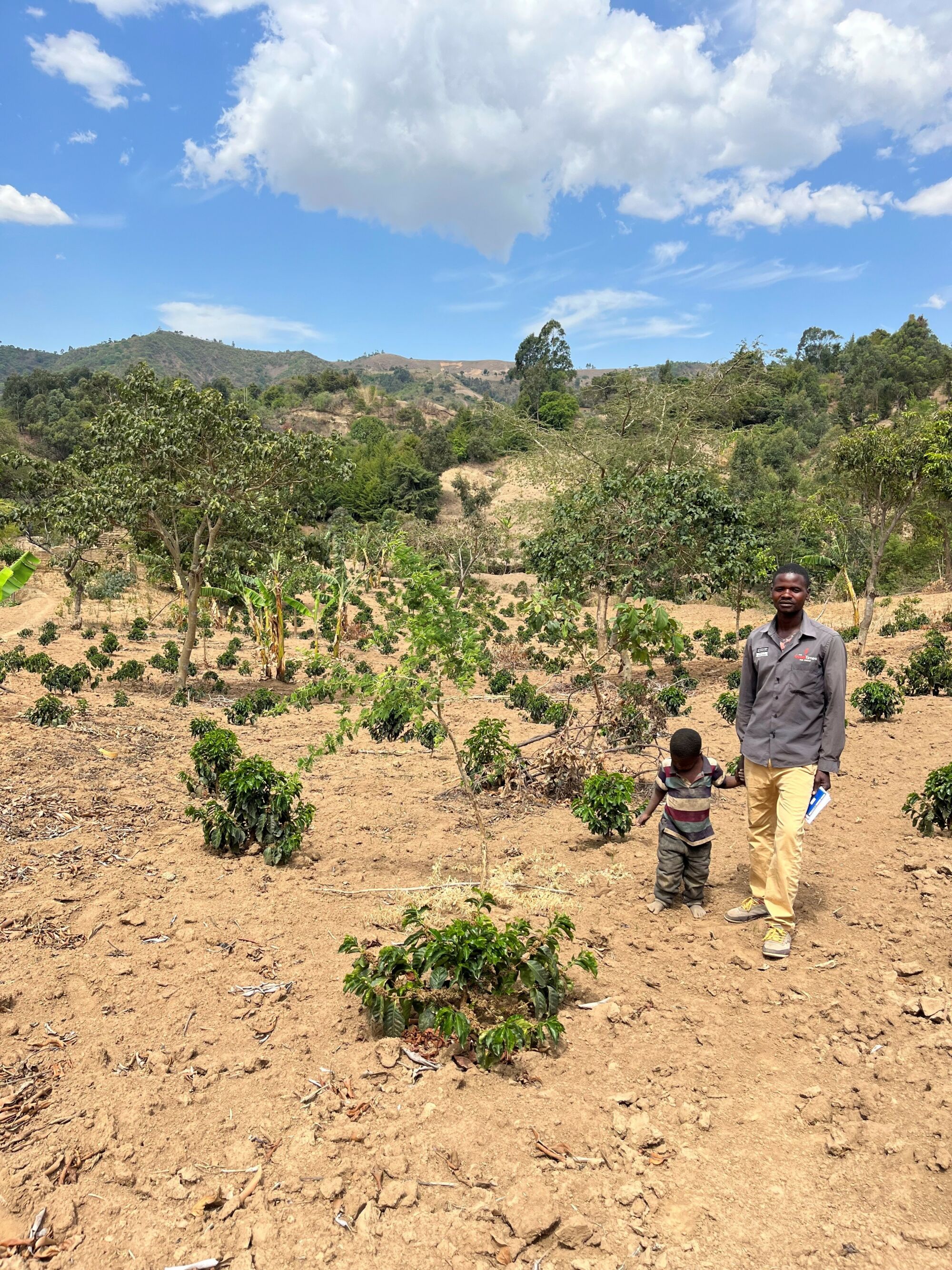 33-year-old Emmanuel Wilson is a farmer from Shongo in Mbeya Region Tanzania. As a young farmer, he started coffee farming following in his parent’s footsteps but soon his coffee plants became infected with Coffee Berry Disease, a fungal disease greatly affecting coffee crop yields and quality, which forced him to move away from coffee to growing cash crops in the form of beans and maize which gave him quick but small payouts.

In 2020, Emmanuel attended training from the CODE-P project at his local agricultural cooperative which promoted the adoption of a new compact coffee seedling resistant to disease and capable of producing higher yields. It was this awareness creation that encouraged Emmanuel to give coffee farming a second chance.

He attended further training which demonstrated at the local farmer field school established by CODE-P how to best space coffee and intercrop with fruit and shade trees following agroforestry practices to increase yield whilst conserving the land in the steep environments of the Southern Highlands. In 2021 a local youth group with a coffee seedling nursery formed by the CODE-P project supplied the seedlings needed to plant on his acre of land.

Emmanuel took a risk with these new seedlings having lost faith in the coffee sector previously, he was committing to clearing his land for this new venture which wouldn’t show payback in its first year as it grew. Now the trees are two years old and had their first harvest this August producing 80kg of coffee, an unexpectedly large result he was very happy with considering the age of the trees, Emmanuel says he is optimistic for the future harvests to come.

When speaking with Emmanuel about the issue of a lack of youth in the coffee sector he said the issue is a lack of orientation by parents to their children on how to grow coffee, with encouragement to faster-paying crops such as potatoes or maize. These parents often experience low coffee yields themselves from disease and discourage their children away from something they have not seen many gains from. Emmanuel says he wants to break this trend with his three children, while he is keen to support them down whatever path they show a passion for, he will be active in sharing his knowledge with them on coffee farming he has from his experiences and also from the project so they too can benefit from this growing sector in Tanzania’s Southern Highlands.