Home / Stories / From a helpless mother of five to a happy farmer and shopkeeper! 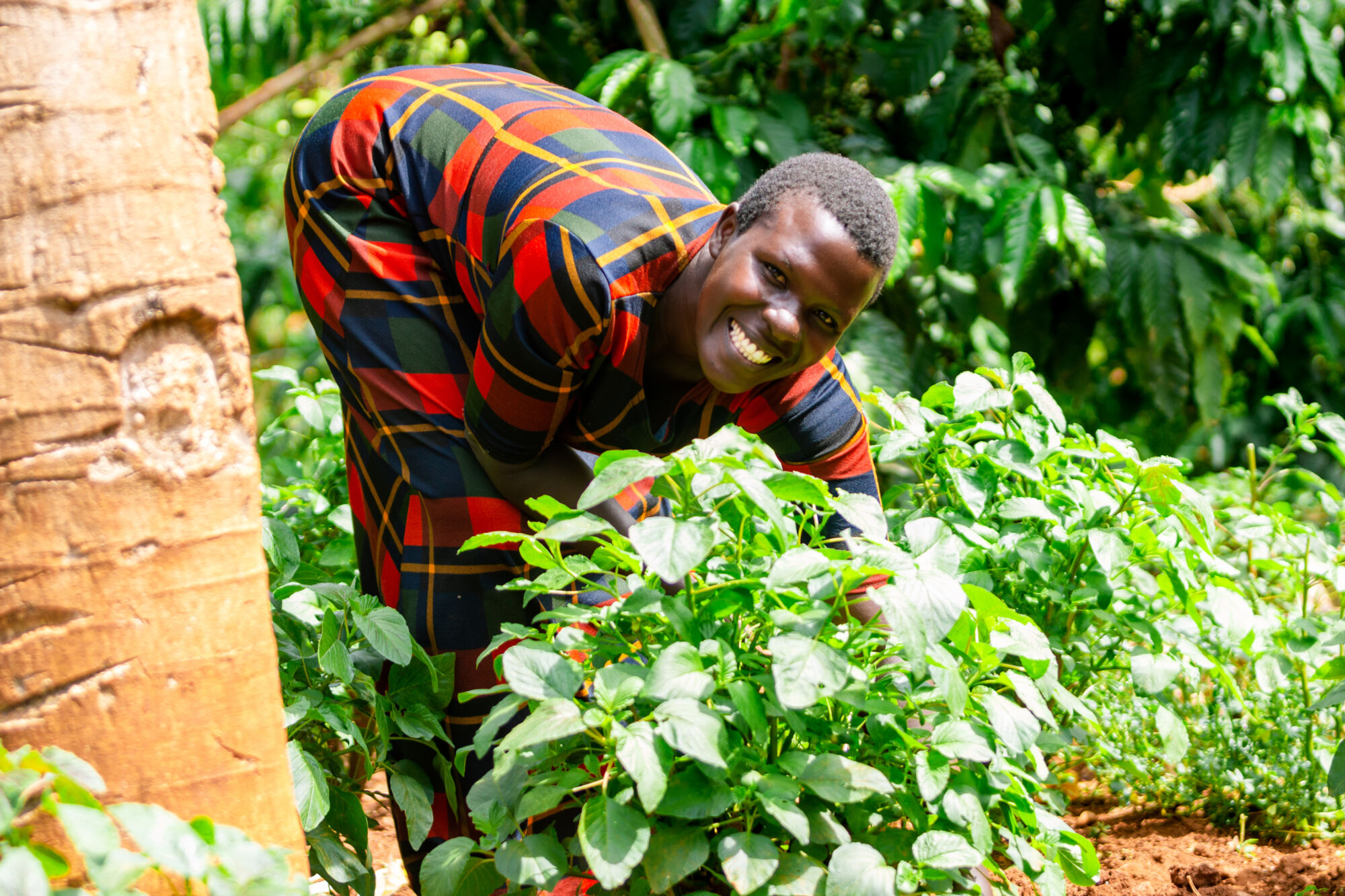 From a helpless mother of five to a happy farmer and shopkeeper!

Mega Nansubuga narrates her turnaround in her life, she can’t help but smile from ear to ear. She is forever grateful to WESLAM’s intervention in Businda A village, Mayuge district. This intervention focused on equipping women with the necessary farming skills which included tree planting, mushroom growing, vegetable growing and beekeeping.

For people like Mega, a destitute mother of five, this was an opportunity of a lifetime and she couldn’t miss it! Coming from a society that wasn’t too comfortable with women owning any property, Mega knew that she couldn’t acquire farming land without the help of her husband. She therefore, joined hands with him and together, they cleared land ready for tree planting.

The couple first planted calliandra trees that were given to them by MDFA under the WESLAM project. These trees take a period of six months to a year to fully mature. On their small piece of land they also decided to plant an acre of musizi trees, scientifically known as Maesopsis eminii and with the hope to make more money when these trees fully grow. The musizi trees were also a good choice because pests like termites couldn’t attack them.

Mega didn’t only stop at planting trees. Together with her husband, they dug trenches around their stoney land and planted vegetables and legumes like spinach and beans which were used for both home consumption and commercial purposes. These trenches also acted as a way of controlling soil erosion and retaining water on the land.

When Mega thought that WESLAM had done enough for her and the family, WESLAM surprised her with another money-making project that changed her financial status in a short period of time. Mushroom growing! She welcomed this project with open arms and participated in all the necessary processes of mushroom growing like acquiring the seeds, husks, digging big holes to plant in the mushrooms, watering them often until after three months when she finally made a big harvest and sold a kilogram of mushrooms at UGX6000 (equivalent of USD2). She made a total of UGX 200,000 (eqguivalent of USD52) from that sale!

That was not all! As the project continued to implement different livelihood activities, it also educated the women in the village on how to set up energy cooking stoves in the village. These cooking units have by far reduced the time and money these women were investing in acquiring firewood. It also reduced the number of trees cut down on a regular basis in this particular village. 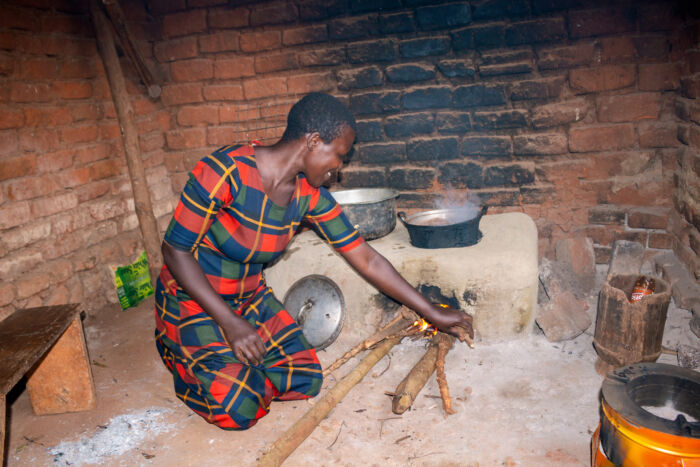 “We now use only UGX4000 worth of firewood a week compared to UGX20,000 (USD5) before the introduction of energy-saving cooking stoves. I can even spend a week without looking for firewood. Don’t you see I have also gained weight” She says happily.

There are many things we have learned! Am currently excited with apiary (bee keeping) skills WESLAM equipped us with. This apiary project is done at a group level and she boasts of the group’s achievements so far.

After receiving lessons on beekeeping, we managed to get six 20 litter jerry cans of honey in just six months. We haven’t made final calculations of these sales yet because the honey sale is still on. We sell a half litre of honey at UGX10,000 and a full litre at UGX20,000. The money we have made so far has been reimbursed back into the bee keeping project. We are optimistic that we shall have better standards of living” She concludes.

It is from all this hard-earned money that Mega managed to open up a retail shop which she stationed at their home garage. 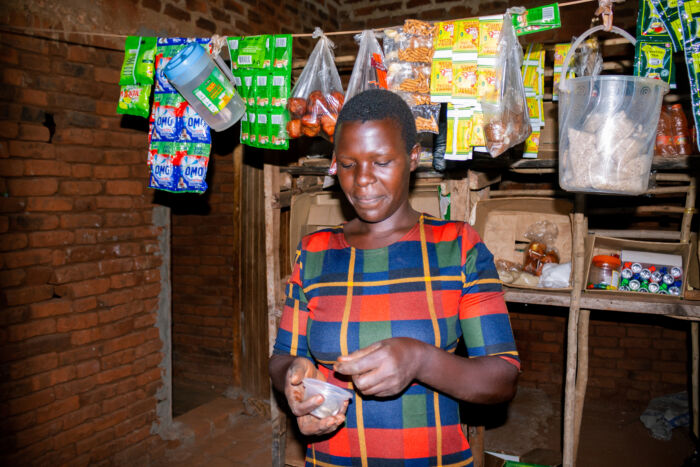 For Mega, her husband and the other women at large, WESLAM is indeed a God sent project that has helped them raise above the poverty situation in the area. They are however optimistic about a bright future in tree planting and other farming skills acquired from WESLAM.