Home / Stories / From a helpless refugee to a business woman 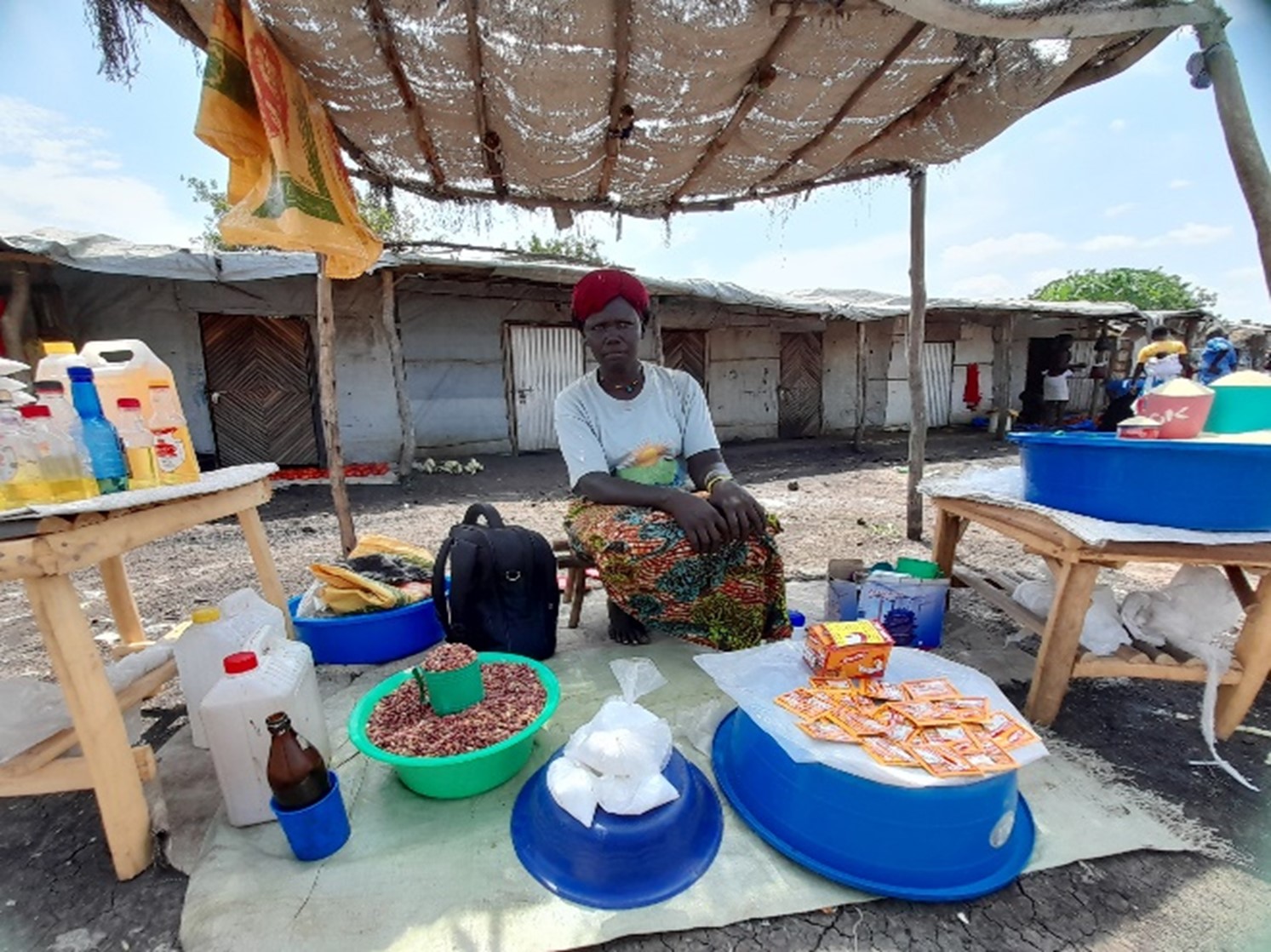 From a helpless refugee to a business woman

Godffrey Zaake
“I arrived in the settlement in February 2017, I had lost everything back home and part of my house was put down when we fled from South Sudan. When I reached here, there was nothing for me to do but to try my best to survive but I was always unsettled thinking about everything I lost back home.” She narrates

Meet Esther Melin a 42-year-old mother of 3 children living in Palorinya Settlement, zone III East. She is a proud member of Uje Ko Gwe Savings Groups in Dongo East, Lukuri Village, block 2, and this is her story!

“In 2020 I was invited by a friend to join a group in my village so we can get vegetable seeds and maize seeds. Although my primary goal was to get seeds, we were also trained on how to make nursery beds, planting and control of common pests. I was personally interested in growing onions and cabbages, which I planted. My onions yielded well but my cabbages were disturbed by pests and harsh climatic conditions and unfortunately, it didn’t come out very well but the little I harvested helped my family a lot and saw us through the COVID-19 period where food was scarce for many families.

The following year we were invited for a training to learn how to save money. In the training we were encouraged to save our money together as a group rather than keeping it in pots at home since those in need can borrow it and pay it back with interest and this would also make our group strong. We got a box and books and we agreed that one star is equivalent to Ugx 1000/= and that we would save every Wednesday.

I tried as much as I could to save at least Ugx 1000/= every week and once I had saved enough, I took a loan of Ugx 50,000/= (the equivalent of USD15) which was twice as much as what I had saved so far. I used it to buy tomatoes, eggplants, cooking oil and sugar which I would sell in Konyokonyo every evening between 3:00pm and 5:00pm. In two months, I was able to pay back the loan with the interest and I took another loan to buy more sugar, beans, cooking oil and other items. Every evening i could sell over 10 cups of sugar each at Ugx 1600/=, 20 cups of dry beans each at Ugx 800/= and some cooking oil and this helped me to increase my saving from Ugx 1000/= to Ugx3000/=.
When we shared out our money this year I had saved up to Ugx 232,200/= (the equivalent to USD61) inclusive of the profit gained after borrowing.

Although I am still limited with the amount I can borrow, my dreams are well grounded, I still hope to have a permanent stall one day where I will be able to sell all types of vegetables and every-day goods like sugar, cooking oil and others. I am happy that I am nolonger helpless, i am now a business woman.