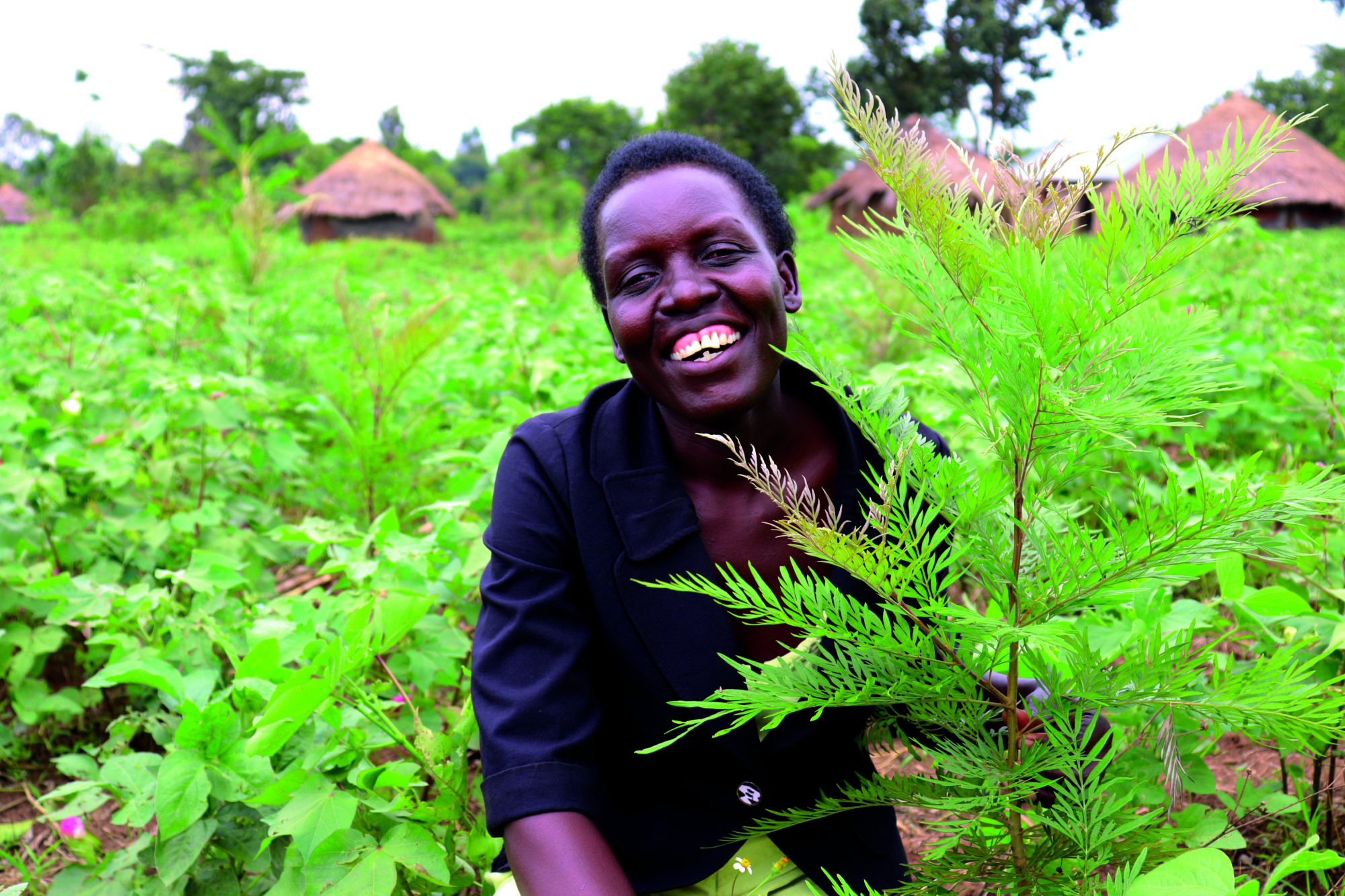 It’s early in the morning, the sun shining on a cloudless sky in Budoma, a remote village in Eastern Uganda. Jane Nekesa, 42, a resident of the area walks us through the crops that blanket her four-acre farm, which is rich in food and cash crops such as oranges, cassava, cotton, sweet potatoes, soya beans and gravellier trees. In the neighbourhood are several farms lying bare due to uncontrolled logging for firewood and making of bricks.

A mother of four children, Jane depends on her farm produce for family upkeep and food. She says that as the time of her marriage in 1996, the area had healthy forest cover and predictable rainfall that sustained agriculture.

“This area was full of trees but we have over the years destroyed our environment by cutting down trees without planting replacements which has adversely degraded our farms” she says. Following the land degradation due to increased deforestation, it has brought about famine due to low productivity of the soils and soil erosion, escalating poverty and all these have impacted on the livelihoods of the communities living there. Families living close to the national forests used to be dependent on the forests, where they could find firewood and raw materials for crafts sold to substitute the low yields from their agricultural lands but now things have changed.

“The deforestation has also contributed to increased changes in weather patterns in the area. In the absence of trees that would catch strong winds and debris carried by the wind, it has instead increasingly threatened to uproot the entire roof structure of homes in the village” she says.

However, sustainable agricultural land management and agroforestry have enabled her to overcome these challenges. So far, she has planted more than 3,000 different trees species in her farm increasing its biodiversity. She deems with joy as she tells us that the trees now also act as windbreakers and are useful sources of firewood and fodder for her goats.

“Before, I thought that planting trees with crops was bad; we used to think that we would not harvest much produce as trees would take up a lot of space,” she says thanking Vi Agroforestry for their intervention that has empowered and enabled her appreciate the critical role trees play in farming, combating climate change and managing the water resources.

“I used to see ready trees for planting but had no knowledge of how to do it. I now know how to prepare, plant and nurture trees as well as harvesting them for sale. I also know which tree species are best suited for my farm and their intended purpose, which helps me be more resilient during the different seasons” Jane added.

WESLAM project has continued to support local farmers in its project areas. Among others, it introduced energy-saving cooking stove which is much faster and cleaner than the traditional three-stone cooking stove.

Jane is primed for success and wants to be “famous and an example on the economic benefits of tree planting and crop husbandry.” She plans to venture into beekeeping and processing of honey for sale in local stores and beyond. This will put money in her purse which would go towards family support and school fees for her children.