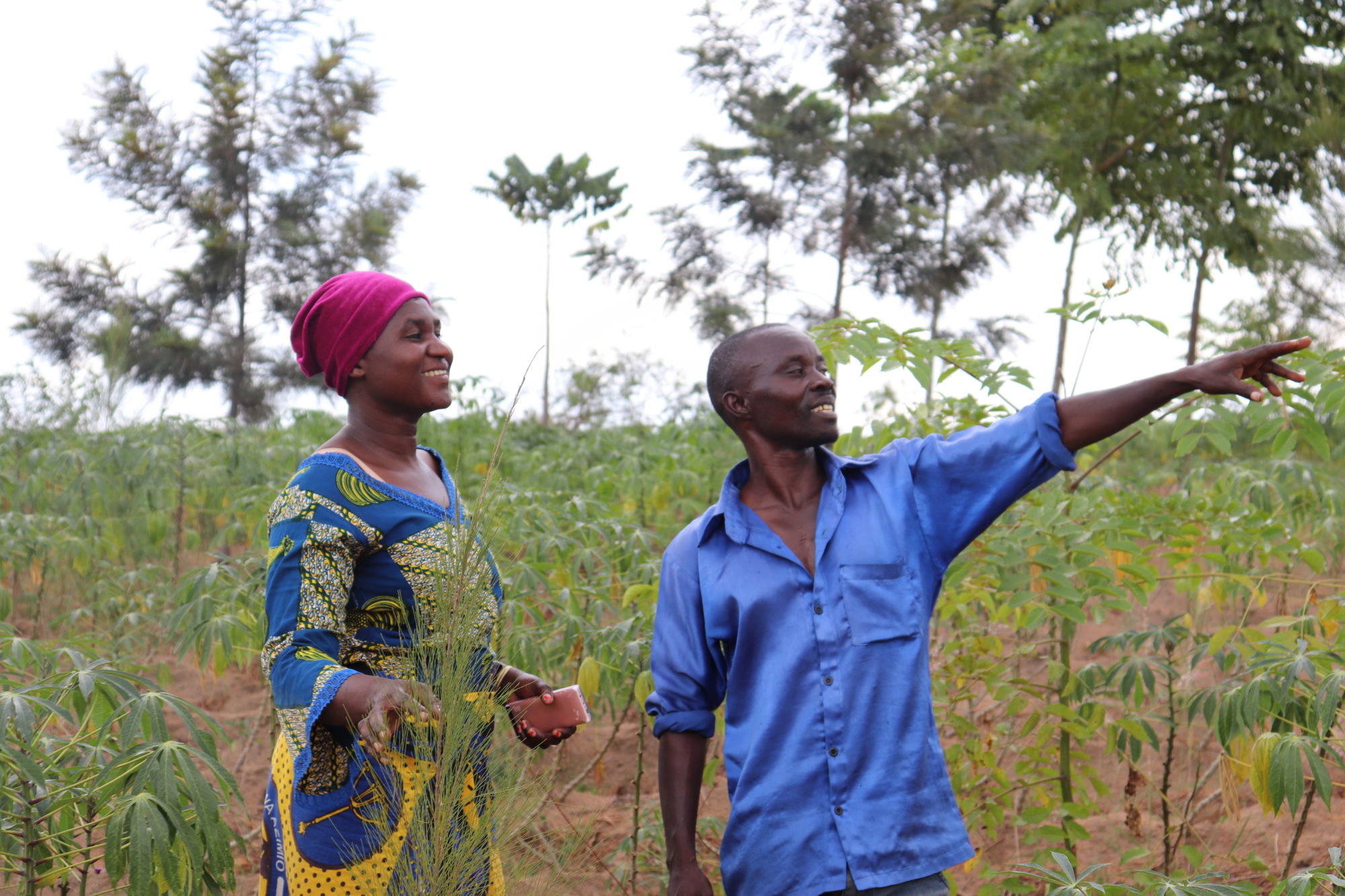 Joy Kivata
Vi Agroforestry is working closely with her partner organisations, offering critical support an advisory to lessen the impact of the pandemic on individuals, groups and host communities.

It is a disease that has shaken the world. It has adversely affected all sectors of the economy, including agriculture, commerce and transport. A growing number of new infections and death has been reported, raising a widespread concern, fear and stress among people. The corona virus 2019 (COVID-19) is a global crisis requiring global solidarity.

Vi Agroforestry has taken the impact of COVID-19 seriously and is collaborating with all relevant stakeholders to prevent the spread of the disease, encouraging staff, partners and other stakeholders to follow government advisories, including use of hand sanitisers and social distancing.

Okumu Henry, 40, a refugee and beneficiary of one of our projects in Palorinya refugees settlement in northern Uganda, says he “lives in fear” ever since COVID-19 was discovered forcing him to avoid public spaces.  This has affected “the idea of sharing among communities.”. “This is particularly difficult for us in the settlement because we rely a lot on many external services in the camp like food rations and water which may reduce and cause us to suffer more”, he adds.

“We work with those living on the margin and now see that they are hit hard by the Corona crisis. They have no government safety nets to lean on, can’t work from home and live in environments where the virus can spread quickly”, says Anna Tibblin, Vi Agroforestry’s Secretary-General.

“I am worried that my country doesn’t have sufficient resources to respond to this outbreak, I don’t meet my friends anymore. We have drifted apart due to the social distancing rules. We are unable to work closely as before,” says Joseph Itoka, a member of BUDAFESO, a Vi Agroforestry partner organisation in the Mara Region, Tanzania.

Previously, people freely mingled in local markets purchasing and selling farm produce. In addition, neighbours shared farm tools and implemented together during planting seasons. It is no longer possible due to corona virus. Now farmers are staring into a bleak future due to restrictions been enforced to contain the virus.

“I heard of the Corona through the Radio. Ever since I wake every morning and put water and soap for my children to keep washing their hands. My business of bananas is suffering, when I take the bananas to the market, there are no people to buy!” says Metrine Wasike from Bungoma, Kenya, Kimaeti farmers CBO.

Farmers, therefore, fear that the pandemic will have a negative effect on their socio-economic well-being, and may in turn foster insecurity in their villages and towns.

“Lack of access to farm inputs and equipment might lead to food insecurity due to poor land preparations and planting. Loan defaults due to reduced sales and declining family incomes is a distant possibility,” says Amos Wekesa, Vi Agroforestry Environment and Climate Change Advisor. For example,  in Western Kenya in one of our project which has over 20,000 smallholder farmers organised into 15 cooperatives that practise mixed farming. They say closure of markets and a crippled transport system has affected trade in the region. So far, Kenya has recorded 110 cases of corona virus infections with 3 fatalities.  “The future is unknown,” Wekesa says.

“We have adopted preventive measures including washing hands with soap, household cleaning, social distancing at the marketplace and using MPESA,” says Rose Koech. a member of our partner organisation Isei Multipurpose Cooperative Society, MPESA is a mobile money platform widely used in Kenya to send and receive money.

“We are still at an early stage of development, but we believe that many activities will not be possible to implement as planned and will need to be replaced with an alternative. Working with mobilisation and organising without people being able to meet is difficult. At the same time, we are used to working in complex environments and challenges are a part of the everyday life for the people we work with. We will deal with this challenge, but it will require time, innovation and collaboration”, says Anna Tibblin, Secretary-General Vi Agroforestry

Vi Agroforestry is working closely with its partner organisations, offering critical support and advisory to lessen the impact of the pandemic on individuals, groups and host communities.

“We are encouraging farmers and farmer groups in the East African region to share their stories on how they are managing the Corona crisis, and we will support in making their voices heard”,  says Lena Martens Kalmelid, Regional Director, Vi Agroforestry.

“Let us draw the remarkable powers of strength and cooperation to respond to and overcome this pandemic,” she adds.