Home / Stories / My hands can feed my family 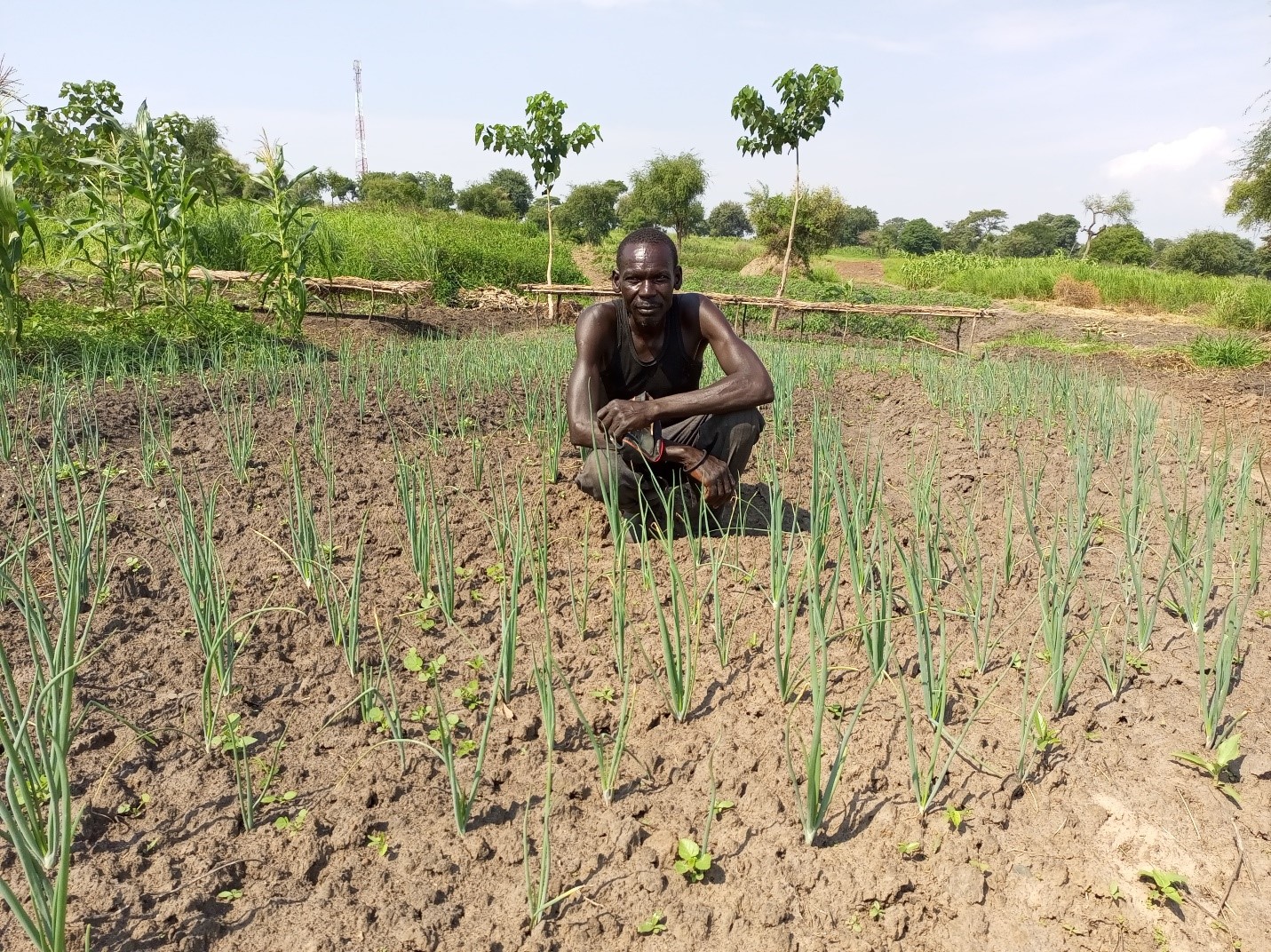 My hands can feed my family

“I came as a refugee to Uganda in 2017 with 4 children, living as a refugee and a peasant, my family depended on food rations given to us by UNHCR and we only used to have one meal a day and I could hardly support my family. I was not registered in any group and found it hard to access services and materials such as crop seeds and other benefits that NGOs provided to people in groups within the settlement. We ate one meal a day so that I could save our ration and sustain a living till I get another food ration because I didn’t grow anything on my land, had no side income to supplement my daily diet.

It was until 2019 when Moyo Farmers Association called us to Bongilo community hall and told us about Project for Resilience and Economic Empowerment for refugees and their host communities in Partnership (PREP) in Zone III East of Palorinya refugee settlement and we were informed to be in groups for us to benefit from the project. We were trained on Sustainable Agriculture land management (SALM) and Water and Sanitation Hygiene for a period of two weeks. This was the moment when I realized that the way I was using my 30M x 30M plot was not the best and also realised that the small plot would be productive if used well and enough to plant trees, crops and keep livestock.

I used to burn the farm residue in my garden and not mulch my garden and didn’t not take care of my land to produce food and thus always got low yields from my garden, which totally discouraged me from farming to the extent of resorting to casual labour on other peoples’ farms to earn a living and support my four children. But with the training on SALM from Moyo DFA, I immediately changed my farming practices by using improved seeds and line planting, controlling pests, weeding on time and mulching to conserve water in the ground. I also planted nitrogen-fixing tree like callindra and use of organic manure. Things changed and I realised an increase in the yields of the maize I planted and I was able to get 113 Kgs of maize grain within my small plot of 30M x30M.

I now have enough food to eat and whenever I need food, I just take my maize grain to the milling machine to get maize flour. We now eat three times a day with different vegetables. The onions I planted in my backyard garden yielded well that my family had enough to eat and we even sold two and half basins of onions, which earned for us 95,000/= to support other household needs.

Last year I got three bags of cassava (NAROCAS I) cuttings which I planted in half an acre of land given to me by one of our group members, from the host community and my cassava will be ready for harvesting in two months and my hope is that I will be able to feed my family with some of the cassava even if there is no food ration in the settlement in future. “I thank Moyo District farmers association, for changing my life now. “My hands can feed my family and bring an income as well” Meje Wori concludes

The PREP project is a unique collaboration in Uganda, between the Red Cross and Vi Agroforestry, that seeks to improve the health of vulnerable refugees and farmers, and secure access to drinking water, sanitation and food, thereby increasing their nutrition and their livelihood options.