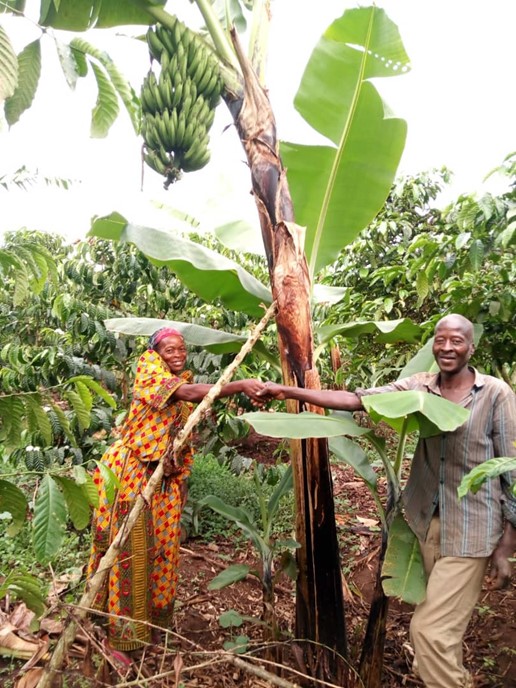 Mpigi District Farmers’ Association Vi Agroforestry Partner in Uganda
“We are not afraid of old age! We have enough nutritious food to feed the family in all seasons”

We met with Mr. Paul Ssempebwa, a 51 year old farmer from Matsiko village, Mpigi district in Uganda. He is married to Ms. Nakanjako Florence and together they have 6 children of which 4 are dependent on them.

“Supporting 6 children is not easy,” he tells us. “Initially, I only focused on coffee production which was not doing very well and my family would often run out of food supply. Proceeds from the sale of coffee would be spent on buying food items including maize flour, rice, beans, onions and tomatoes. School fees would then consume the remaining balance leaving the household with zero savings and many times in deficit” he shares.

It was not until Paul and his wife received trainings on Agroforestry, Sustainable Agricultural Land Management Farm planning, Sustainable food production, Gender and Financial services facilitated by Mpigi District Farmers’ Association (MPIFA) with Support from Vi Agroforestry, that their lives took a turn for the best.  After the training Paul adopted an intercropping agricultural approach on his farm.  He integrates banana, coffee, maize, cassava, beans, vegetables, goats, cattle and agroforestry trees on his farm.  Paul’s situation has since improved and increased their food security and income. 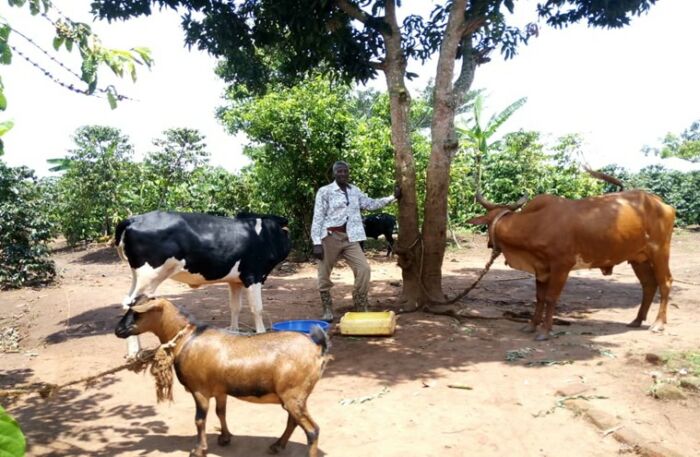 Paul and his wife have been able to reduce all expenses on food and saved a considerable amount of money to buy livestock. How did you do it we ask? “We worked together on the farm, planned together for the proceeds and our efforts paid off turning our family Vision Journey into reality,” Paul said.

“We are not afraid of old age! We have enough nutritious food to feed the family in all seasons” he added.  To enable them save more they joined a Village Saving and Loans Association

Ms. Stella Nabbumba the Coordinator of Mpigi District Farmers’ Association (MPIFA) attributes  Paul’s success to his interest and passion to want to learn and practice the new approaches,  joint planning, and decision making at the family level.