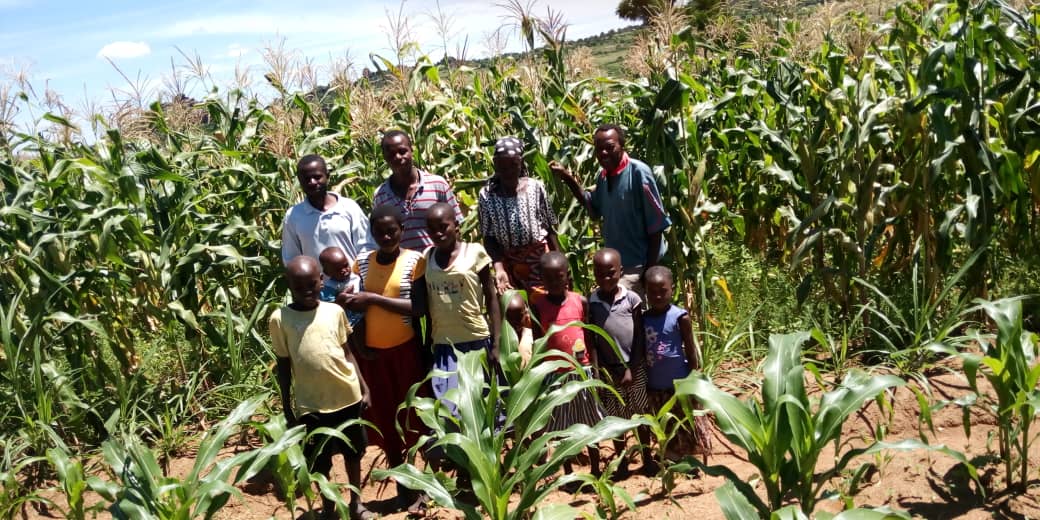 Working together as a family bears fruits for Kikuna family

Clement Mtui
We all have a say and can make decisions together, and we all benefit from the sweat of our work.

Albert Kikuna is a farmer in Kiroga village, Tanzania. He is married with five children. Before he became a MVIWANYA group member, he did not know about joint decision making. “I would only decide on my own and on behalf of my family in every aspect of life, which is a common practice for all men in our community. I would decide on what kind of crop to be planted, land size to be cultivated and utilization of available resources like land, livestock, crops and other valuable assets” he said.

One day his wife Selefina Kikuna who was already a member of the MVIWANYA group invited him to a two-days training on something called the Household Road Map, where they emphasize the need for all household members to attend. By then, he was not a MVIWANYA group member, and was not interested in gender issues, as he believed that it was a women’s issue.

However, the next day he decided to attend the training with his wife. “We learned about gender analysis through various tools, like the “24 hour’s clock” tool, “gender balance tree” and “visionary journey”. It was a very exciting training! I realised that women do more work than men and yet women have little or no time for rest. In the training, we identified resources owned by men and those owned by women, which were less valuable things. It was a very interesting session with an enriching dialogue between men and women and it was here we finally agreed to work and plan together. He added;

During the training, my wife and I developed our five-year visionary journey plan. We shared the idea with the rest of the household members who all strongly encouraged us. We set out milestones for each year and strategized how to achieve our plan. In the first year, we began to develop our two acres maize farm. You can’t believe that we usually harvested 2-3 bags of maize in each acre per season but after, we harvested 20 bags of maize in each acre. I couldn’t believe it, says Albert.

I could notice a behavioral change in my family. Joint decisions make everyone committed to the work and give everyone a sense of ownership of goods produced. We agreed to use the money earned after selling the surplus of the produced maize, to purchase one acre of land, so now we have three acres. We also set our farm as a demonstration plot by using all of the recommended practices and input as advised by MVIWANYA. We also managed to plant 612 tree seedlings in three technical specifications respectively, which are a boundary, dispersed interplanting, and woodlot. With our returns we comfortably managed to pay school fees for our lastborn and for one of our grandchildren.

“The sweat of my hard work has been bearing fruit”, says Selefina, Albert’s wife. “Before, we worked so hard in our farms together with our children, but at the end of the day we had no say in the crops produced”. My husband used to sell everything, sometimes even leaving us without any food left for the family! We couldn’t even ask how the money was spent as he made all decisions! Now we are all happy, working as one family. We all have a say and can make decisions together, and we all benefit from the sweat of our work. Our “visionary journey” that we agreed upon together, guided us very well during the first year of its implementation and we are now looking forward to the second year. I would like to extend my sincere appreciation to MVIWANYA organization as well as Vi Agroforestry for the training which has transformed us from an unhappy to a happy family, from a poor family to at least a food-secure family.