Home / News / A digital window from Kenya to Sweden

A digital window from Kenya to Sweden 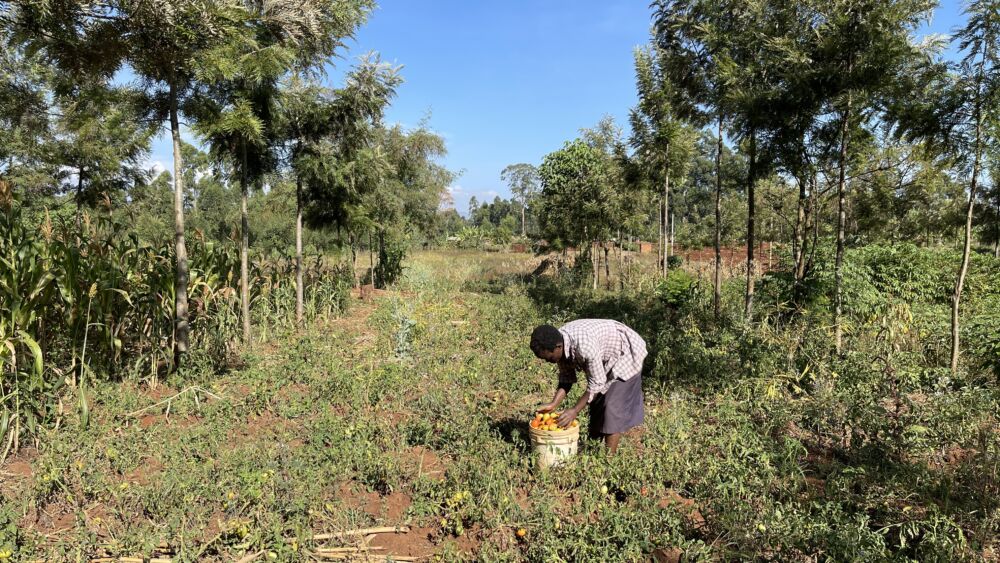 On February 17th-18th, Vi Agroforestry invites donors from Sweden to visit the farms of Celestine Nekesa and Susan Waweru digitally. By exploring an innovative video format called “slow TV”, we want to offer new insights into our work.

The day begins with Susan Waweru lighting a lantern in the courtyard. Then the cows are led in for milking by hand. Everything is still dark, but eventually, the sun rises over the Kenyan countryside. The sky is coloured pink and violet, the trees bathe in the first morning light. The cows graze on fresh grass. On the farm, the work begins – crops should be watered, the cooking bananas peeled and cooked, the hens fed.

This is what an average morning looks like at Susan Waweru’s farm in the village of Amuka in the Trans Nzoia district of Kenya. February 17th, Vi Agroforestry opens a digital window to Susan’s farm, exploring a video format called “slow TV” on our YouTube channel. The broadcast starts just before the sun rises and runs to well into the evening. The next day, February 18, digital visitors are welcome to Celestine Neseka’s farm, also in the Trans Nzoia district, from sunrise to sundown.

Susan is a farmer and entrepreneur, mother of five, and chairperson of the local village savings and loans association started with support from Vi Agroforestry. She became a widow last year in October and since then she manages her 10 acres of farmland on her own. She grows bananas, maize, avocado, macadamia nuts, onions, peas and willow roots. The method agroforestry, where trees and shrubs are part of agriculture, is central to how Susan farms – and has been ever since the 90’s when she came into contact with Vi Agroforestry. For example, she grows calliandra and napier grass as cow fodder which increases her milk production. Today Susan’s farm supplies milk to a local dairy farm and she sells bananas and macadamia nuts. 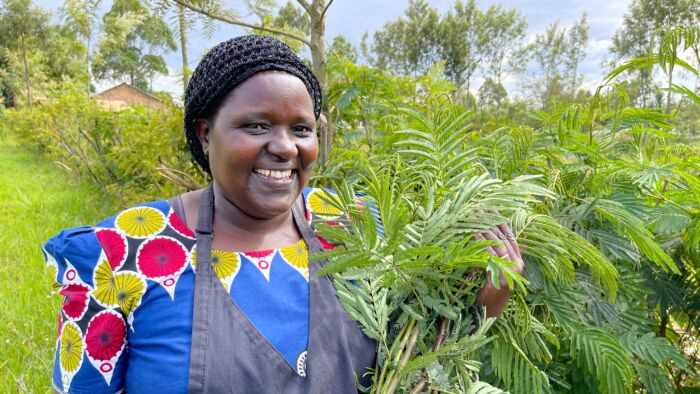 Celestine Nekesa grows maize, cassava, sweet potatoes, tomatoes and other vegetables and crops on two acres of land in Nyasi, Trance Nzoia District. She also has a small tree nursery and sells seedlings. Celestine is married to Moses and has three children. They heard about Vi Agroforestry in 2007 and immediately signed up for trainings in sustainable agricultural land management. For the past three years, Celestine is a Board member of the Western Tree Planters Association (WETPA). 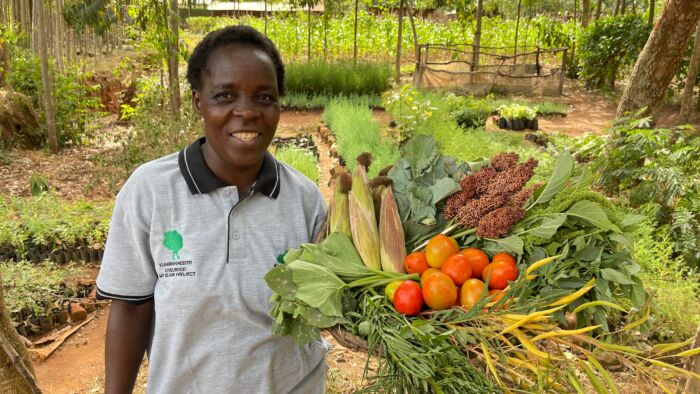 In Sweden, where Vi Agroforestry’s head office is based, a new TV trend is gaining ground. The trend is called “slow TV”. It is a TV production that is slow in the sense that viewers simply follow what is going on somewhere during a full day. A few cameras stream a normal day without cuts or edits. This gives viewers the chance to visit another place through their TV, computer or phone.

On February 17th-18th, Vi Agroforestry opens a digital window to the farms of Celestine Nekesa and Susan Waweru on our YouTube channel. Celestine and Susan are two remarkable women that Vi Agroforestry collaborates with through local organizations. The broadcast was recorded a couple of weeks in advance by Kenyan filmmaker Alex Kamweru. All participants have agreed to participate. No actors are involved; everyone is just themselves, an ordinary day.

For Vi Agroforestry, and organization that has donors and followers from various countries (most notably Sweden), this is an innovative way of showing examples of our work.  We are most happy and thankful that Celestine and Susan have chosen to share a day in their lives with us. The initiative to do slow TV is funded by the Swedish Postcode Lottery.