Home / News / Agroforestry for food security in a time of crisis

Agroforestry for food security in a time of crisis 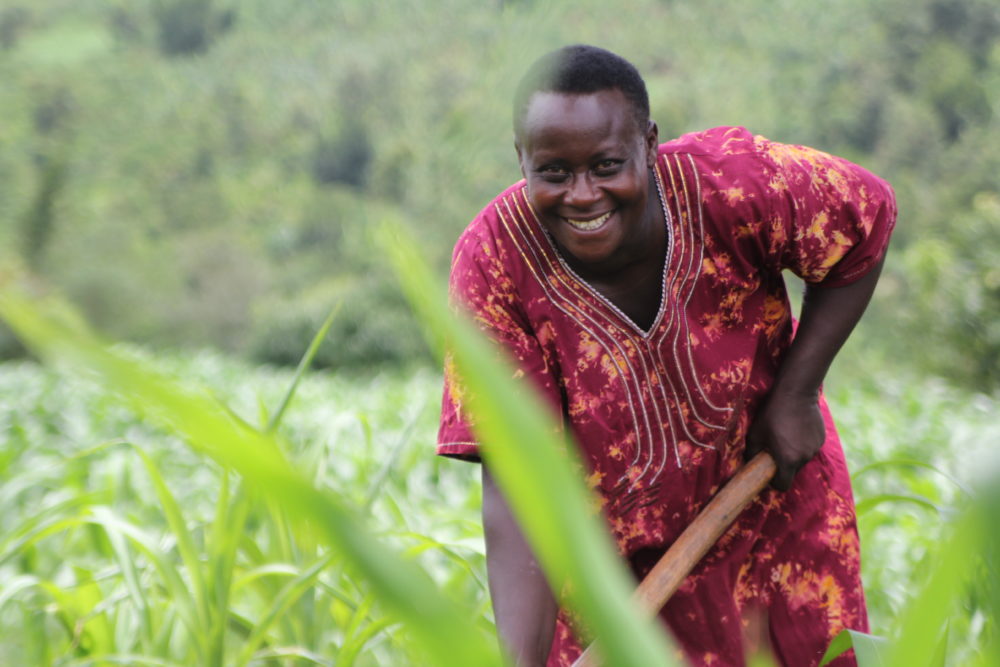 During this corona crisis pandemic, it is critical to support vulnerable smallholder farmers and food workers as well as the entire food supply especially in for vulnerable urban areas. Some of these ways include; setting up vegetable kitchen gardens and growing a variety of quick growing indigenous vegetables which don’t require a lot of preparations and external inputs

The year 2020 started off with the world battling the novel Covid-19. The pandemic rapidly spread across the globe and by early April was already showing significant negative impacts on lives and livelihoods. The full impact of the virus will probably not be known for months to come as warned by the United Nations’ Food and Agriculture Organisation (FAO).

As the world races to find a cure and vaccine, Africa is also experiencing severe challenges of food shortage, desert locusts and floods that now threaten the food supply.

In January 2020 swarms of desert locust reached the semi-arid and arid parts of five countries (Ethiopia, Somalia, Kenya, South Sudan and Uganda) in the horn of Africa. The plague of locusts has been spreading across the region, wreaking havoc as they descend on crops threatening food supply for tens of millions of people.

In early March 2020, the area where one of our partner organization COOPRORIZE works in Rwanda was flooded by heavy rain. Over 2000 members from the cooperatives who farm bananas and rice in the  Mukunguli marshlands lost over 52 hectares of rice due to the flooding. Several areas along the Lake Victoria basin are also flooded.

Following increased COVID 19 cases,  governments in East Africa have moved to enforce restrictions on movements, placing curfews and even lockdowns in a bid to contain the spread of the virus. This, however, has in return adversely affect farmers who greatly rely on their farms and markets.

Okumu Henry, 40, a male refugee and beneficiary of one of our projects in Palorinya refugees settlement in northern Uganda, says he “lives in fear” ever since COVID-19 was discovered forcing him to avoid public spaces.  It is particularly difficult for us in the settlement because we rely a lot on many external services in the camp like food rations and water which may reduce and cause us to suffer more”, he says. Vi Agroforestry/Agroforestry Network is particularly concerned with the pandemics’ effects on food security and livelihoods in regions that were already experiencing poverty and food shortage before the Covid-19 outbreak. The effects of the pandemic on global food security and agricultural food systems is not yet known. However, it can be expected that hunger will increase worldwide and that the poorest and most vulnerable people will be severely affected by the heightened instability in global food supply. Similar concerns are addressed in recent reports by the Committee on World Food Security (CFS) and the World Food Programme (WFP). 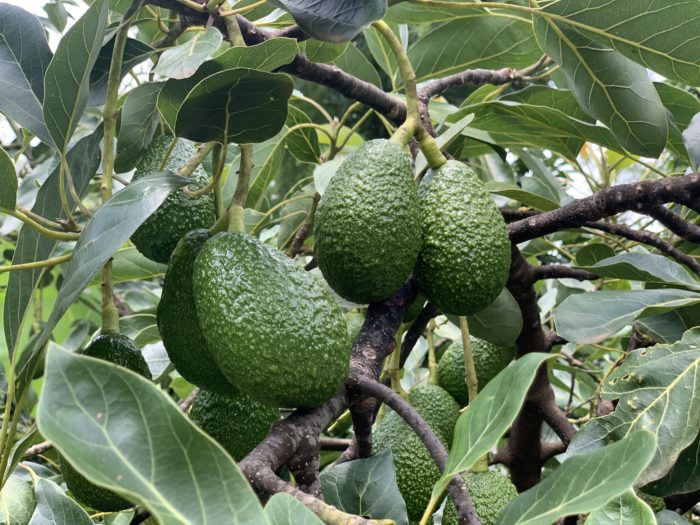 Over 800 million people were undernourished in 2019 – a majority living in low-income countries. With the pandemic, vulnerable households’ ability to buy basic food will decline, as well as their possibility to earn a daily income. Many countries suffering from food insecurity – for example in the Horn of Africa, West Africa, Latin America and parts of Asia – have key agricultural seasons starting around April Food production is threatened by preventive measures taken against Covid-19 because of reduced farmers ability to access inputs, labour or credits. A disrupted food production chain may reduce confidence in the reliable flow of basic food commodities that could rock the markets and drive up food prices. Thus, there is an imminent risk that the pandemic will have devastating consequences for people living in low-income countries, with long-term repercussions on people’s diets and livelihoods. Agroforestry – a diversified land management system in which trees or shrubs are grown around or among crops or pastureland – can contribute to food security and more nutritious diets by contributing to improved biodiversity and nutrition, higher yields, and more diverse livelihoods for farmers. This combination of agriculture and forestry can make a variety of healthy foods available, while at the same time contributing to more sustainable food production systems that are also more resilient to environmental shocks and increases the resilience of vulnerable groups in times of crisis.

When done correctly, the inclusion of trees in agriculture can ensure continued access of nutritious foods for the most vulnerable populations, as well as sustained functions of local food markets, value chains and systems. Whereas relying on a single crop tends to lead to food insecurity and singular income bursts, a diversity of crops can provide a more nutrient-rich diet, close the hunger gap between harvests of staple crops, and create opportunities to earn a more stable income.

In such times as these when farmers are facing pandemics,  we encourage a shift in focus from quantity to quality to help build resilience to cope during the crisis. This is by promoting diversified production systems such as agroforestry and other agroecological approaches.

During this crisis, it is critical to support vulnerable smallholder farmers and food workers as well as the entire food supply especially in for vulnerable urban areas. Some of these ways include; setting up vegetable kitchen gardens and growing a variety of quick growing indigenous vegetables which don’t require a lot of preparations and external inputs such as cowpeas, amaranths,  jute, cassava leaves.

Crops like moringa oleifera take 6months to grow and the leaves are highly nutritious. Growing Short term trees that provide food such as pigeon peas is also another way that can help cushion in times of crisis; fodder trees that feed livestock for nutrition like Calliandra will also ensure healthy livestock and hence the provision of milk for children and lactating mothers; Sesbania sesban and Calliandra trees area also quick maturing (less than 1 year) crops for provision of fuelwood and fodder.

The farmers however also need long term plans tree establishment plans even as they grow the short term trees for immediate benefits to cope with the crisis. Farmers can invest in beekeeping and tree nursery management for income-generating. 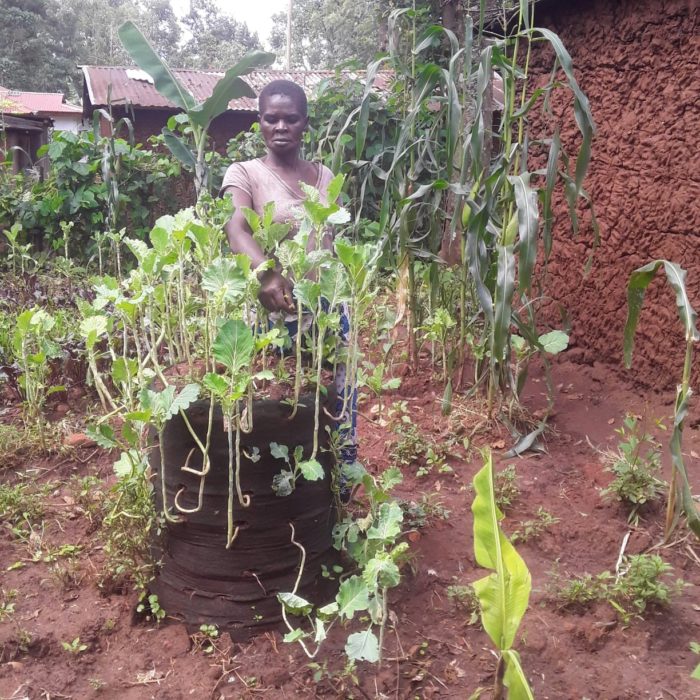 Mary Khasoa, a mother of four from Kimilili in western Kenya is one such farmer. She has been growing vegetables in her kitchen garden. “My Kitchen garden is under 0.125 acres of land. I grow crops like; Beetroots, kales, Onions and Nightshade, Root Tubers and (Yams). During this COVID – 19 period, my Kitchen has been very beneficial as my family has been able to access nutritional foods helping us to remain healthy. I have also been able to sell some of the excess produce in my neighbourhood; especially kales and beetroots. This has enabled me to financially support my family. I don’t spend money to buy vegetables and fruits since I get all from my farm hence nutritionally secure’,  She said

The corona crisis is a global crisis and demands global solidarity, cooperation and solutions Vi Agroforestry is working closely with its partner organisations, offering critical support and advisory to lessen the impact of the pandemic on individuals, groups and host communities.

Agroforestry for food security, with multiple social, economic and environmental benefits, including curbing the spread of diseases/pathogens and maintaining biodiversity