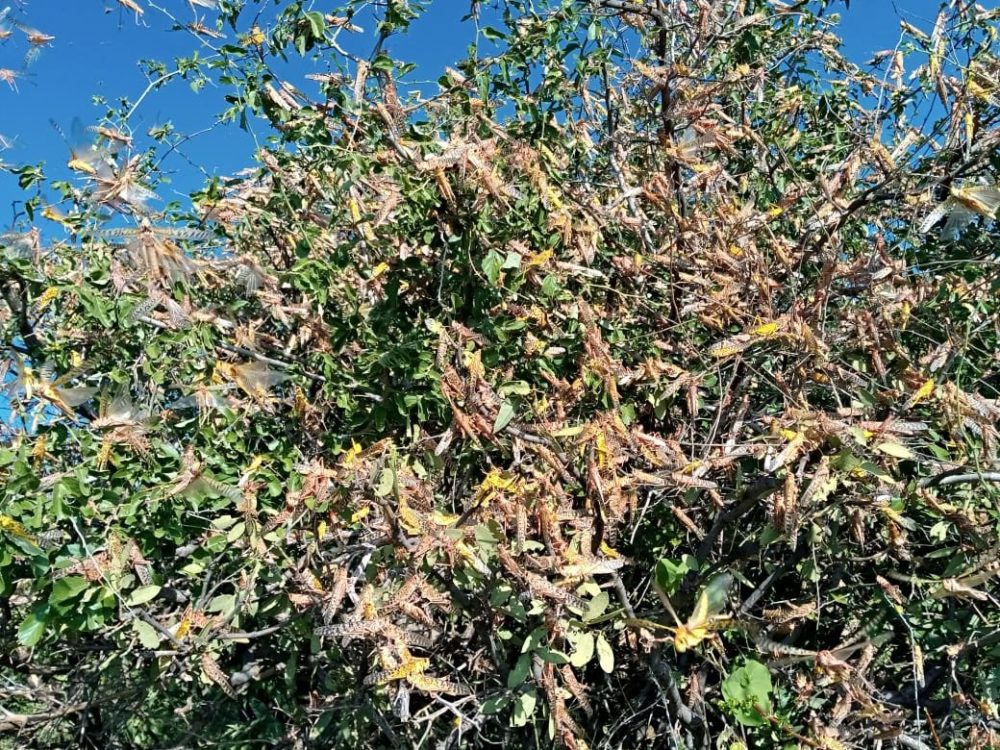 The plague of locusts is spreading across the region, wreaking havoc as they descend on crops threatening the food supply of tens of millions of people.

In January 2020 swarms of desert locust reached the semi-arid and arid parts of five countries (Ethiopia, Somalia, Kenya, South Sudan and Uganda) in the horn of Africa. This has been regarded as the worst outbreak in decades since 1960s.

The plague of locusts is spreading across the region, wreaking havoc as they descend on crops threatening the food supply of tens of millions of people. Government efforts in Uganda and Kenya to spray them away has not been successful as they have instead migrated from one place to the other.  Farmers are now staring into a bleak future as they watch their farms waste in the swam, and with it their livelihoods. Farmers efforts to try and erect scarecrows, to beat and chase the swarms away by making noise has also proven futile.

Different environmental agencies warn that the locusts are fast-breeding, hence more invasion is likely to be experienced in April and May.  FAO, UN’s Food and Agriculture Organisation says that threats from locusts remain alarming in northern Kenya, posing an unprecedented threat to food security.

“The risk of desert locust invasion is uncertain. Many counties of Kenya, parts of North-Eastern Uganda and Namanga Tanzania were under attack of locusts and agricultural losses were recorded. No serious losses have been recorded in the ALIVE (Agroforestry for Livelihood Empowerment ) programme areas.”, said Amos Wekesa, environment and climate change advisor Vi Agroforestry. The adoption of Integrated Pest Management, Agroforestry and soil/water SALM practices prior and after locust invasions would be more effective to build resilience, he added.

The outbreak is so severe and may disrupt the next planting season in the coming weeks. So far, the locust swarms have migrated to northern, eastern, central and southwest  Kenya. These areas have been abnormally windy and wet due to rainfall caused by Indian Ocean Dipole thus favouring locusts’ populations and migration. It is no different in Uganda, where the locusts have invaded the North – Eastern region affecting drylands farming and pasture.

Following the COVID-19 pandemic and the adverse impacts of climate change, locust threats will exacerbate to loss of biodiversity and food insecurity.

With climate change impacts the frequency and recurring of locusts will increase. 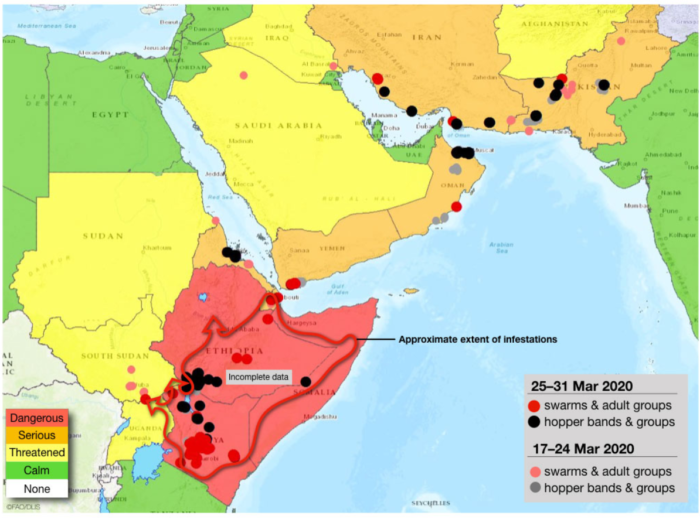