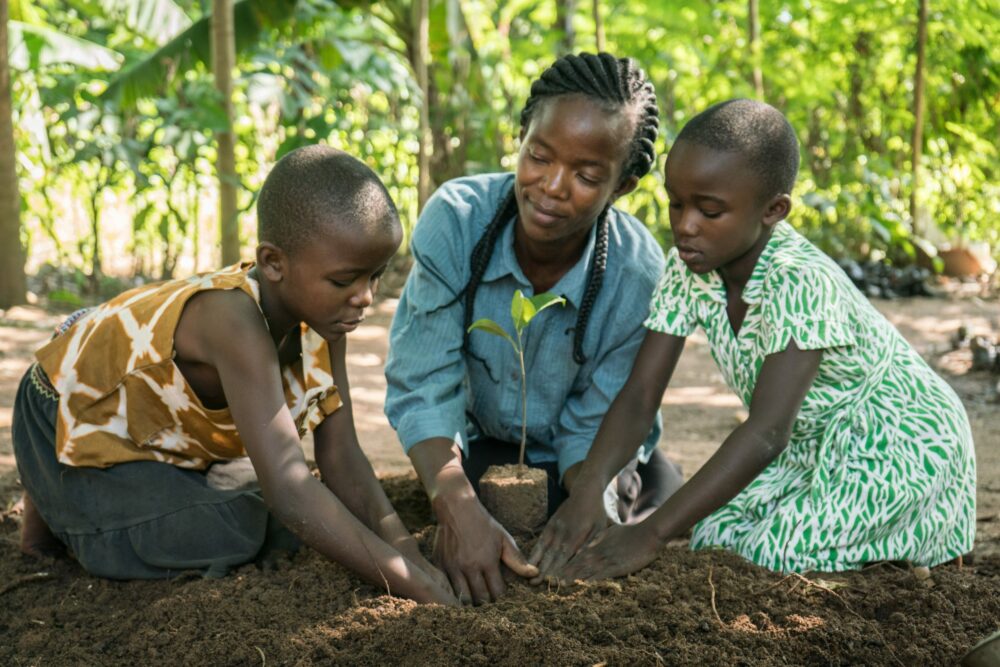 If we do not reverse the current trend of the diminishing biodiversity, we simply threaten our own existence.

Today, one million animals and plant species are threatened with extinction* and everyday species are lost to never come back. It is both a sad and scary thought, but did you know that biodiversity is a prerequisite for human survival?

Nature, as we know it, is dependent on a huge variety of life forms – different habitats, a big variety of species, and a great genetic variation within the species – for the earth’s ecosystem to function. If the diversity is threatened, the ecosystems that gives us clean water, crops and fertile soils would simply collapse.

Deforestation is one of the reasons why biodiversity is threatened. When forests are harvested to become arable land for a single crop , or tree plantings with a single tree species, many species disappear and with them vital functions, such as pollination and water purification. The way we practice agriculture and forestry today often contributes largely in destroying the habitats of different species. Globally, agriculture accounts for about 70 per cent of the estimated loss of biodiversity on land**.

This is obviously a difficult question – we need large and productive farms to practice agriculture and feed the growing population in the world!

But there are ways to both increase agricultural efficiency and preserve biodiversity. One way is agroforestry, the method of planting trees and crops together on a farm. 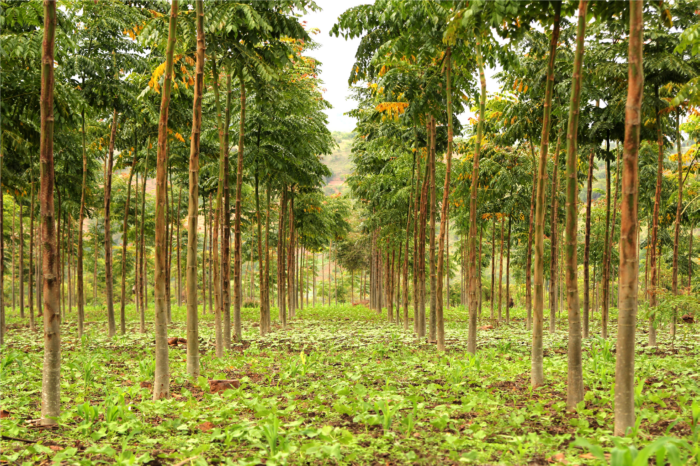 In addition to the trees contributing to the binding of carbon in vegetation and soil, thus reducing climate change, they help farmers protect themselves against the effects of climate change. Trees provide; shade, binds the soil and increases resistance to pests, droughts and floods, they provide access to firewood and a variety of nutritious foods. Trees in the agricultural landscape can also increase the soil’s ability to capture and retain water in the soil and replenish groundwater.

In addition, agroforestry helps to preserve biodiversity. In agroforestry farming, diversity – when cultivating several different crops and planting a variety of different types of trees – is crucial to it’s success.

Agroforestry can create important habitats for a wide variety of plant and animal species, such as pollinators like bees, which are a prerequisite for plants. Agroforestry also contributes to creating the so-called “ecological corridors”, where species can spread in the landscape, which is crucial for their survival.

Trees are the superheroes of nature – Vi Agroforestry believes where trees grow, people grow! One of the ways we can save the state of the planet is by planting trees. If we do not reverse the current trend with diminishing biodiversity, we simply threaten our own existence. We must become people who push for the superpowers of trees – and more people who demand that we invest in functioning, nature-based, farming methods on a larger scale.