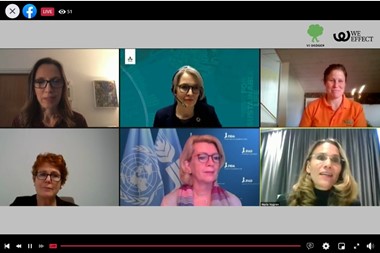 On November 25th, Vi Agroforestry together with We Effect launched a joint report in Swedish called ‘Fair Food for All!’ (Rättvis mat till alla!). The report is focused on why hunger in the world is increasing and what Sweden can do to stand up for the human right to food. Three clear messages are sent to Swedish decision-makers and the Swedish International Development Cooperation Agency, Sida: 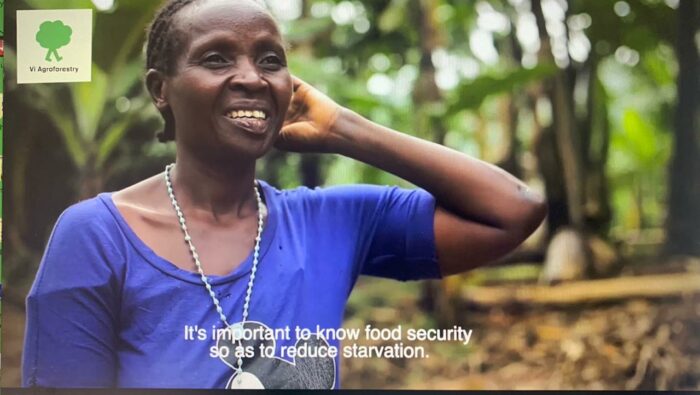 Sweden’s development assistance to sustainable food production should double, and amount to at least 5 percent of the total aid budget in order to match up to the international average.

Get the priorities right in the support to sustainable food production

Sweden’s development assistance should strengthen the ability of particularly affected countries to achieve food security through increased domestic production. This includes supporting partner countries to develop and implement strategies to ensure fair access to food for all, to increase the support to small-scale producers – especially women – and to put the transition to sustainable agriculture practices in focus.

Sweden must be a global advocate for the right to food

Sweden should act for increased support for the right to food within the EU, the UN, the World Trade Organization and the World Bank.

The livestreamed launch of the report was opened by a speech from Mr. Peter Eriksson, the Swedish Minister for International Development Cooperation. He welcomed the report, agreeing that agricultural issues must be given higher priority in Swedish foreign aid:

– It is not sustainable to send food parcels against hunger, we need to strengthen production on the ground, with smallholders, the Minister suggested.

Professor Michael Fakhri, the UN Special Rapporteur on the Right to Food, also expressed his wholehearted support for the recommendations presented in the report. Citing the report, he said:

– “Today, enough food is produced in the world for everyone to be able to satisfy their needs. There is no shortage of food. But there

is a shortage of justice.” When I read this, I felt that people in Sweden knew what needed to be done.

The UN Special Rapporteur also emphasized that small scale farmers, especially women farmers, are the ones who will lead the change to more sustainable and fair food systems.  Sweden must make sure communities themselves lead projects and can hold donors accountable, he added. The Rapporteur closed his speech by inviting Sweden to be a champion for human rights in the preparations for the global UN Food Systems Summit next year.

Next up, Ms. Marie Haga, Associate Vice-President of the External Relations and Governance Department at the International Fund for Agricultural Development, IFAD, made clear appeals to Sweden and other countries:

– More money is needed to combat hunger. I fully support the call to double aid for agriculture. It is an effective way of combating poverty, the climate crisis and contributing to peace, she underlined.

Ms. Haga added that this requires us to see the overall perspective, that food is a matter of justice, and stressed that Sweden, despite being a small country, plays an important role in pursuing sensible policies on international issues such as the right to food.

The event also contained a short film where Vi Agroforestry farmer Ms. Aulelia Leonidas emphasized the importance of the right to food and described how agroforestry has improved her access to this right:

– The right to food is to be able to eat a balanced diet, to eat healthy food that nourishes and strengthens the body. We are using more modern techniques for farming now, and can usually set aside parts of what we harvest to ensure we still have food in case of droughts, Ms. Leonidas explained.

The event concluded with a positive and enriching panel debate with Ms. Marie Haga from IFAD, representatives from the Swedish Consumer Association (Kooperativa Förbundet KF) and the Swedish University of Agricultural Sciences (SLU), the head author of the report Vi Agroforestry and We Effect joint Senior Advisor Ms. Kajsa Johannson, and the Vi Agroforestry and We Effect joint Secretary General Ms Anna Tibblin.

Read the report Fair food for all!

Watch the report launch event on We Effect’s Facebook (mainly in Swedish).