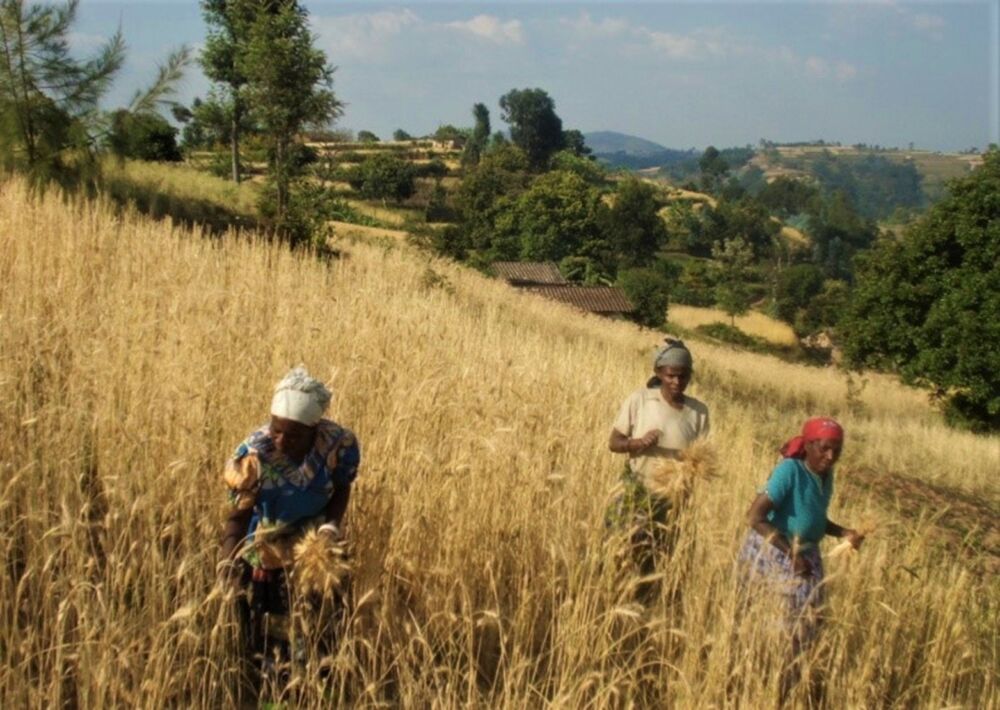 While farmers were still struggling to cope up with the recovery from the socio-economic repercussions of Covid-19 pandemic, The conflict poses another major threat to the global economy with African countries being directly affected, especially the farmers who depend on the agricultural inputs from these countries. The Russia’s War on Ukraine has affected many nations even outside the continent where the war is fought.

We are now experiencing a negative impact on Agricultural production, on agriculture markets, on transportation and on food security. We spoke to one of our partners in Rwanda – UNICOOPAGI cooperative union, on how the war has affected them and especially in doing business on wheat, and below is what they had to say.

Market prices have changed. The Conflict is creating scarcity of commodities for farmers and in turn fueling the food prices.  Goods and services have become very expensive as compared to the price we had before the war broke. For example, before 1kg of wheat seed was 500 frw an equivalent of 0.5 USD is now retailing at 1000 frw (USD 1). The price has doubled. Not only on this crop but also on other different crops.

Russia is among the biggest fuel oil suppliers in the world, following the war, the rate of importation of fuel oil has reduced and caused an increase in the price of fuel in the country. As a result, it has increased transportation costs for farmers, reducing their incomes and profits. The ripple effects include raising goods prices and few can afford this. “We are now eating boiled tasteless food which is not sumptuous as one fried with oil because we can no longer afford cooking oil…says Ndori Athanazi a farmer from Nyamirama Sector expressing her frustration. Before the war the farmers were able to satisfy the local and were also exporting to global markets but now it is not easy to feed the family members especially the smallholder farmers.

Food security: Ukraine and Russia war is affecting the food systems causing the worst unpredictable hunger and still rising day by day. The two countries are major providers of basic agricultural commodities like wheat. In recent days, the price of agricultural commodities has fluctuated sharply as tensions threaten to disrupt global shipments of wheat seeds. Disruptions and rising prices for those commodities as well as the cost of fuel and fertilizer, important inputs for our farmers could further threaten food security stability. For example, among our members we had a loss of 58,000 Tonnes of Irish potatoes production last season because of poor fertilization regimes and scarcity of other critical inputs.

Other consequences include situations where farmers cannot afford to buy enough food for the family due to the increased prices on different commodities. Which has led to farmers not being able to afford three meals per day. Which could unfortunately increase the rate of malnutrition among children and women who are more vulnerable. Also, the farmers who had taken bank loans to improve on their livelihoods are failing to repay and stand a risk of losing their collaterals to the banks which in turn will plough them back to poverty. “A large number of farmers are having trouble in finding wheat they need to prepare for their next cropping season. I hope the war ends and everything can go back to normal” says a farmer from Gikaya Cell Nyamirama Sector.