Home / News / The people of Sweden contributes 6.4 million SEK to Vi Agroforestry in 2019

The people of Sweden contributes 6.4 million SEK to Vi Agroforestry in 2019 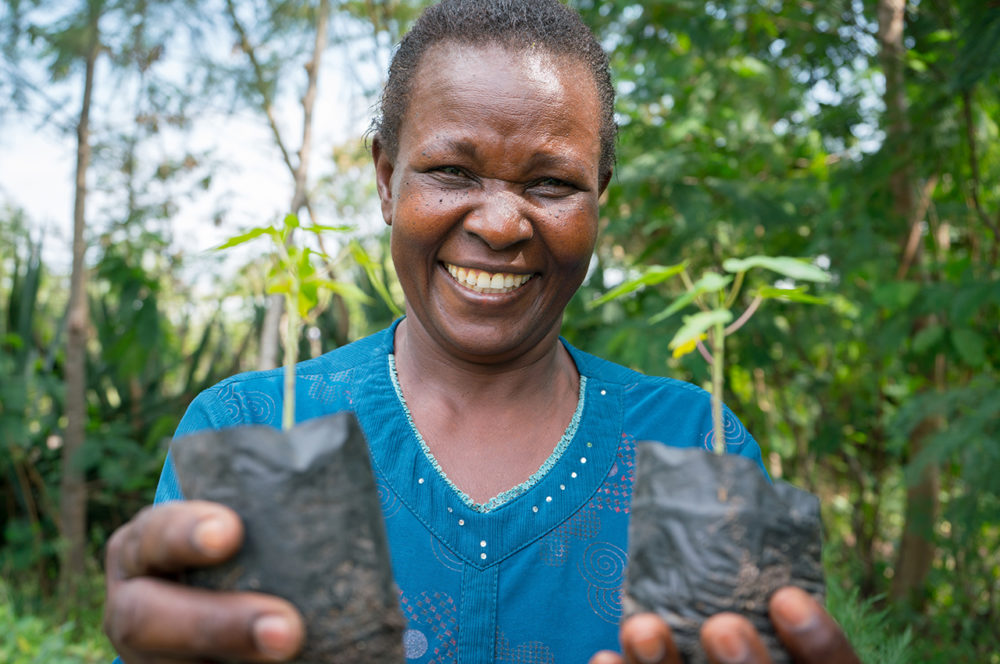 Last year, the people in Sweden contributed 6.4 million SEK to Vi Agroforestry, through Biståndsknappen (Donation button) - where one can donate money from your recycled bottles and cans in Coop shops around the country. The 6.4 million SEK equals to around 319 000 new trees in the region🌳 Thank you, people, of Sweden for your generous contribution in supporting our work.

In Sweden, as a way to benefit the climate, you can bring your old soft drink bottles and cans back to the store and get some small amount of money for them. Simply a way to get people to bring them to the recycle station and not throw them away. However, instead of keeping that money, you can choose to donate it to Vi Agroforestry in Coop (Swedish food store chain and collaboration company to Vi Agroforestry) stores. There is a specific Vi Agroforestry donation button on the recycling machine in those shops. During 2019, the total amount donated was 6.4 million SEK.

– The fact that a total of almost SEK 100 million was donated to Vi Agroforestry by the customers of Coop stores is fantastic and means food on the table and provides an opportunity to eradicate poverty for many people. In addition, it makes a difference to the climate. Every penny does count. A big thank you for pressing the donation button, says Charlotta Szczepanowski, Head of Sustainability and Quality at Coop Sweden.

The donated money from 2019 corresponds to 319,000 new trees in Eastern Africa, where Vi Agroforestry operates. Since the start in 2004, almost SEK 100 million has been raised through this specific campaign. It corresponds to close to five million trees.

– When you recycle your cans and bottles this way it contributes to combating both poverty and climate change. It is a double benefit. In the countries we work in, people are marginalised and in these challenging times, with the global Corona crisis, our work is more important than ever. We are incredibly grateful for the support we receive, says Eva Åberg, Vi Agroforestry’s Director.

In 2019, the residents of Vaxholm municipality were most generous with their recycle-money, as shown by Vi Agroforestry’s annual ranking of Coop’s donation button. Since its inception in 2004, almost SEK 100 million has been raised through the initiative and close to five million trees planted in Eastern Africa.

Facts on the donation button and Vi Agroforestry: 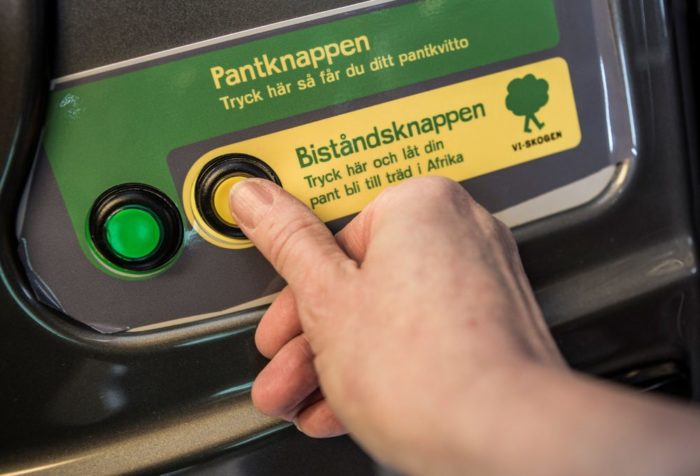 Thank you, people, of Sweden for your generous contribution!