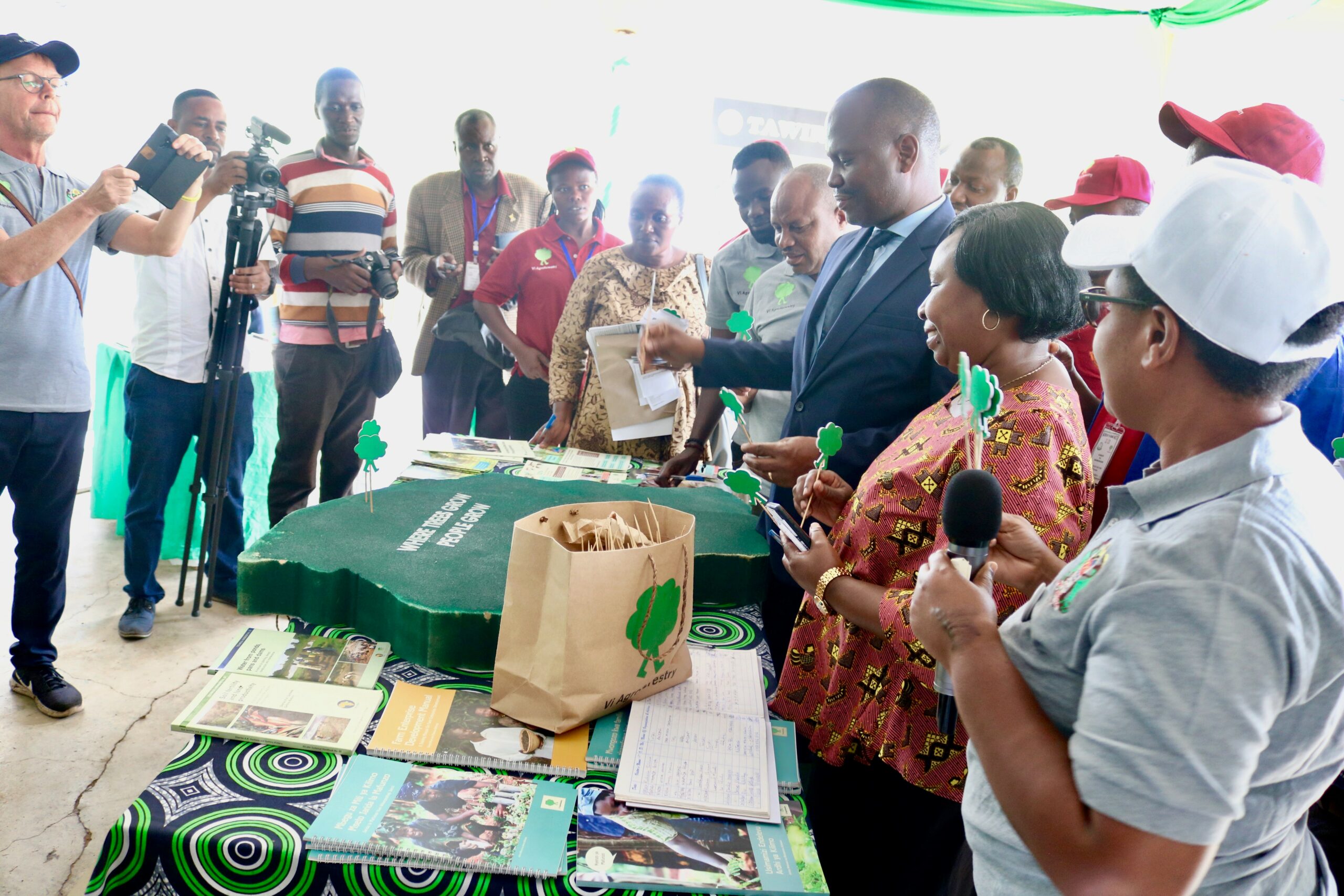 Vi Agroforestry’s Symposium is held every year to promote the message of agroforestry for improved livelihoods. The key message at the symposium this year was focused on how agroforestry can improve food and income security for smallholder farmers.

This year also followed on from last years’ strong push for an enabling agroforestry policy to be introduced in Tanzania. Guest speakers and government representatives, including the Permanent Secretary of Agriculture Mr Gerald Kusaya, were invited to participate in advocacy talks as well as the event in general.

Deputy Country Manager, Thaddeus Mbowe, and driving force for this campaign notes “the coordination of various stakeholders and government sectors shall ensure that we get not only a national agroforestry policy but also the implementation guidelines. Therefore, we are requesting the government to put strategies in place that shall allow the development and implementation of this policy to allow farmers to reap the benefits of agroforestry practices”.

If an agroforestry policy were to be introduced within Tanzania this could mean a faster and more widespread adoption of agroforestry in this predominantly mono-cropping agricultural sector, by removing current barriers to the practice such as tree tenure rights.

With a fast-growing population, increased demand for resources, climate change and food insecurity all becoming increasing threats it is apparent the current techniques for agricultural production are not sufficient for meeting demands and conserving the environment.

Our guest of honour at the event Mr Gerald Kusaya, passionately agreed with the need for agroforestry policy, saying during advocacy talks “We the government, who are the policymakers, need to work with you in the private sector to have an agroforestry that makes sense.” He later continued, “Now we need to stop traditional farming and do scientific farming. Agroforestry is a science and it helps in adapting to climate change.”

The campaign is still ongoing, the next steps will see Vi Agroforestry Tanzania meet with the Ministry of Agriculture, Ministry of Livestock and Fisheries, and the Ministry of Natural Resources in January 2021. A meeting that would not be happening without Mr Gerald Kusaya’s request for it after his symposium visit.

When the campaign finds ultimate success and policy is introduced, we expect to see an enabling environment for smallholder farmers that provides capacity, resources and governance for adoption of agroforestry. Empowering farmers to increase income and food security.

As we say, “Where Trees Grow – People Grow”.