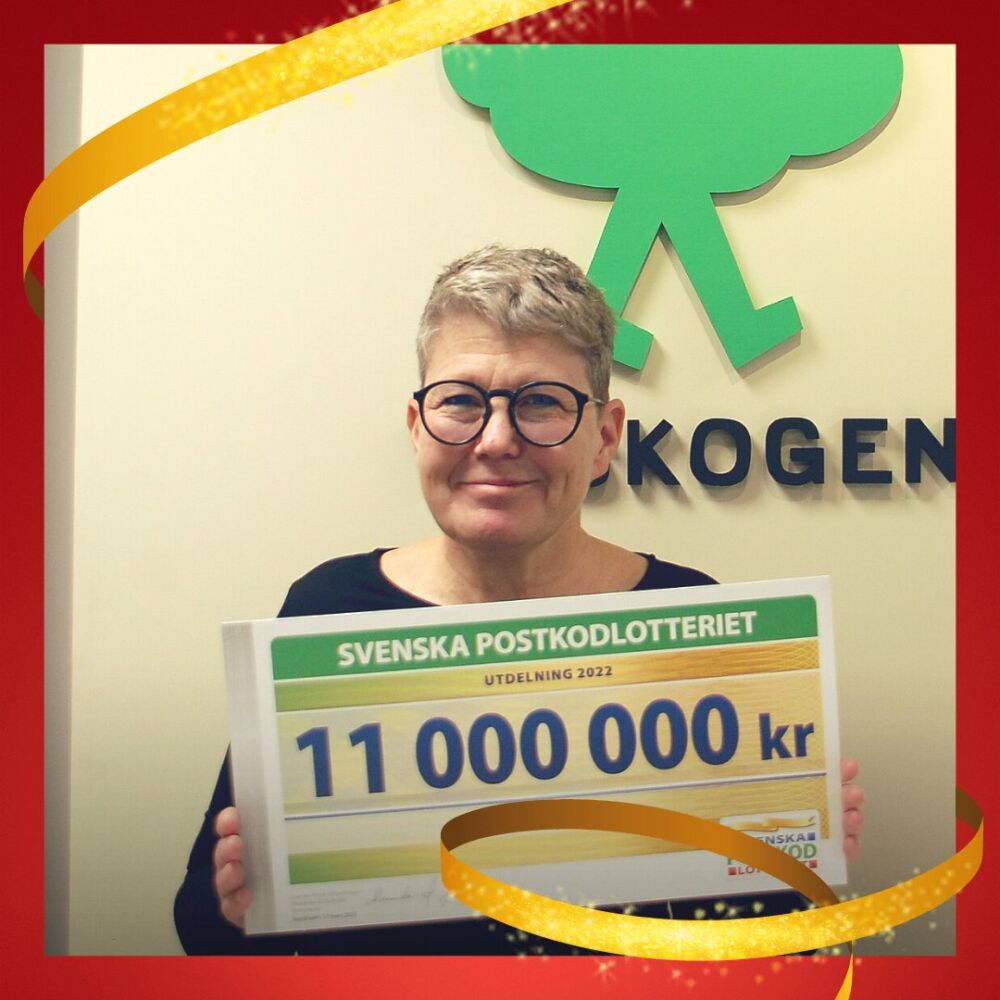 Every year the Swedish Postcode Lottery donates about SEK one billion to civil society organisations and other non-profits in Sweden with the aim to benefit people and the planet. The donations are made possible by the almost one million people in Sweden who take part in the lottery. Vi Agroforestry has received donations since 2015, and is this year awarded SEK 11 million at today’s Swedish Postcode Lottery Annual Charity Event.

“A heartfelt thanks to the Swedish Postcode Lottery and everyone who has bought lottery tickets. In a particularly challenging time with the effects of the Covid-19 pandemic, this contribution to Vi Agroforestry’s work to fight poverty and mitigate the food crisis among smallholder farmers in East Africa means more than ever,” says Anna Tibblin, Secretary-General of Vi Agroforestry.

Vi Agroforestry works in Kenya, Rwanda, Tanzania and Uganda to support and train smallholder farmers in sustainable farming practices such as agroforestry, where trees and crops are planted together. The method brings increased harvests, more income and more food on the table. At the same time, it contributes to climate change adaptation and increased biodiversity. Since its inception in 1983, Vi Agroforestry has helped plant more than 148 million trees, and over the last ten years supported about 2.4 million people to improve their lives and livelihoods. The 11 million Vi-forest allocated this year makes it possible to plant another 440,000 trees.

“Agroforestry and sustainable farming practices increase the resilience of farmers and communities to the effects of a changing climate. In an ongoing climate crisis, it can be life-changing. All of you who have bought lottery tickets contribute to us being able to continue our important work,” says Vi Agroforestry’s director, Eva Åberg.

“The lottery has existed in Sweden for 16 years and our main purpose is to raise funds to support the civil society. Our belief is that the world will be better with strong social organisations for people and the planet.  Many people join the lottery to have an opportunity to win money together with their neighbors. But they also join to contribute to a better society,” explains Anders Årbrandt, Managing Director at the Swedish Postcode Lottery.