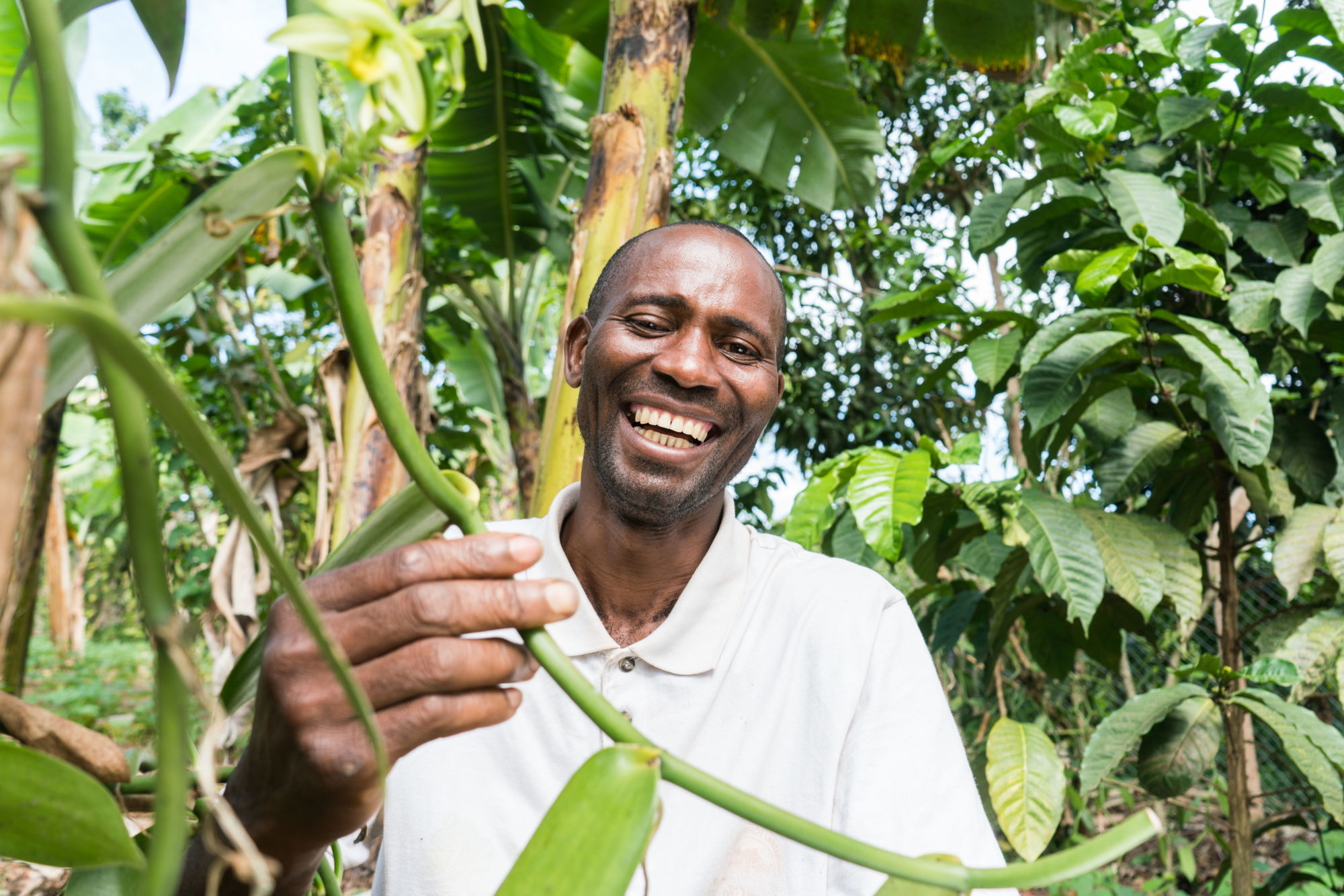 We work with multiple partner organisations in various parts of the country. We support vanilla farmers, farmers working with bananas, farmers living alongside wildlife and farmers affected by climate change. In recent years Vi Agroforestry has developed new projects and engaged new partners as well as new areas in our work. Vi Agroforestry works to increase the capacity of the farmers’ organisations in sustainable agriculture and agroforestry to fight poverty as well as strengthen the members’ voices to increase democracy within their organisations.

Tanzania has a population of 55 million, and the majority of the people are engaged in the agricultural sector. Agriculture is crucial for growth and reduction of poverty in Tanzania. The biggest challenges for the smallholder farmers is the population pressure, deforestation, poor access to financial markets and climate change.

Vi Agroforestry has three ongoing projects and one overall programme in Tanzania. Our work in the country focus on improving the lives of smallholder farmers through agroforestry and by strengthening the capacity of farmer organisations. Our work empowers farmer families to reduce poverty, hunger, and deforestation, and contribute to increased biodiversity. Vi Agroforestry is running one carbon offsetting project in Tanzania.

Our work in Tanzania

will contribute to a sustainable environment that enables women and men living in poverty to improve their lives.
Read more

Partners
We work with multiple partners i Tanzania.